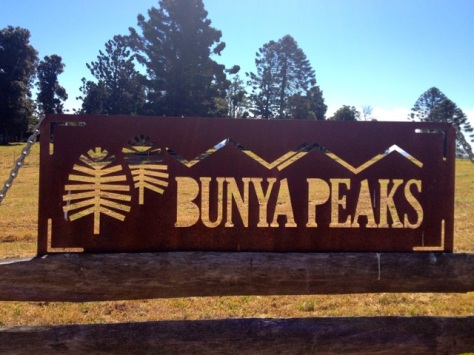 This is also an opportunity to try out my newly purchased ‘sleeper’ van – a van I have set up for a coming three-month trip around South East Australia. So, laden with food and my hiking gear, I set out for my overnight stay in an unpowered camping ground. 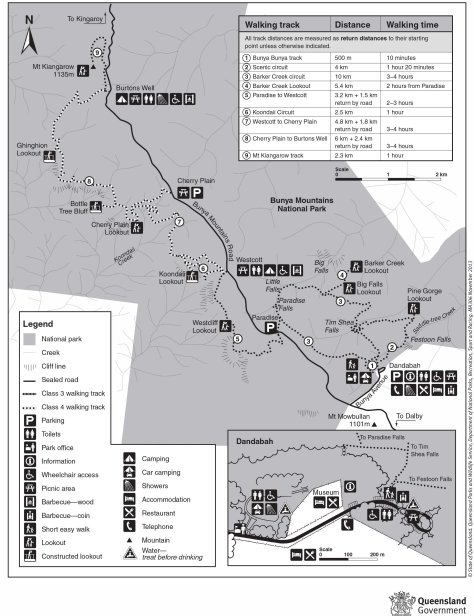 Barker Creek and Scenic Circuits – 12km
I arrived in the Bunya Mountains just after midday and quickly got myself sorted. My first stop is a camping area called Dandabah which is also the hikes trailhead. On arrival, my fantasy of being ‘lost in nature’ in the Bunya Mountains was broken straight away. The camping ground is surrounded by cafes, restaurants, groups of chalets and far too many people.

Taking my daypack I headed out onto the trail. It’s nearing the end of winter in Queensland and the forest high in the Bunya Mountains is fairly cold. But I’m a quick walker, so it didn’t take me long to warm up. The dirt trail through the forest is wide and laden with tree roots. 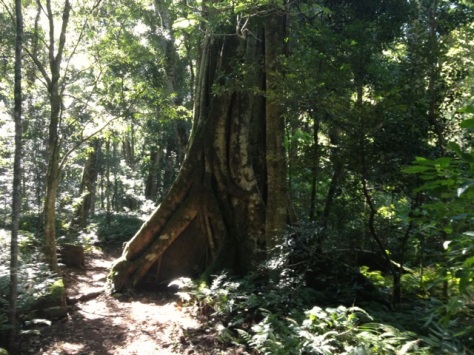 The Bunya Pines stand tall in the forest many with their companion strangler fig trees. One thing is also prominent as you follow the trail, the amount of ferns that cover the floor of the forest. After about 3 km of fairly flat trail a side track appeared with a sign that simply said ‘Paradise 80m’ and an arrow. So I followed!

Of course, ‘Paradise’ is the quaint Paradise Falls. 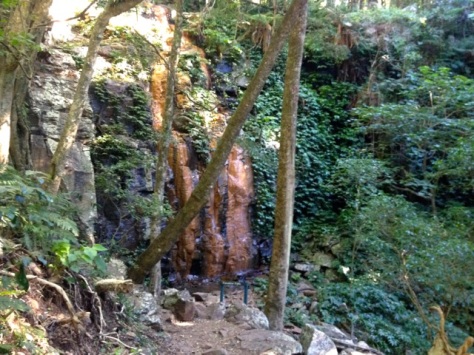 The trail then follows the rocky stream through the forest to Little Falls, a smaller but no less quaint set of falls. 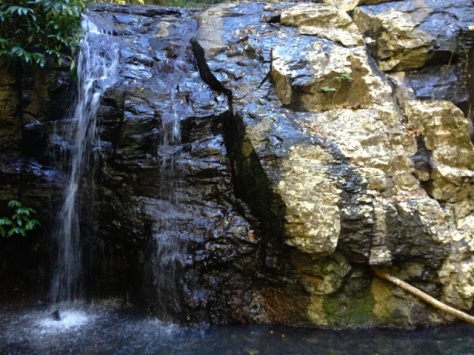 The trail continues on along the stream before meandering away from it to a lookout called Big Falls Lookout. This part of the trail is an open hill face and reminds me a lot of central Australia, rocky, dry, arid but with hardy grass growing everywhere. Perhaps with more rain there might be water in falls but the view from the lookout was only a dry and rocky cliff face. The trail continues to Barker Creek Lookout which looks out to the north across the valley. The most distinct feature of the view is the power station, although it is difficult to see in the photo. There is also a sign that says Noosa Heads 131km. 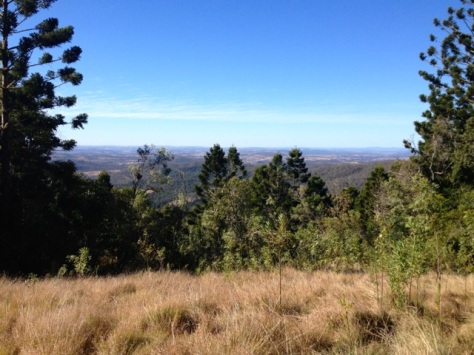 The path meanders back into the forest and eventually arrives at the Tim Shea Falls, another quaint set of falls. This is where the Scenic Circuit begins at a large pair of Hoop Pines. The trail then follows a stream with little rock pools scattered along its length until it reaches a lookout built to look at a single massive Bunya Pine. 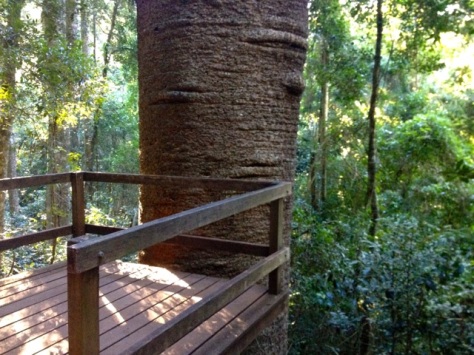 The trail continues to Festoon Falls, with its rocky surroundings it is the tallest and most magnificent falls in the mountains. 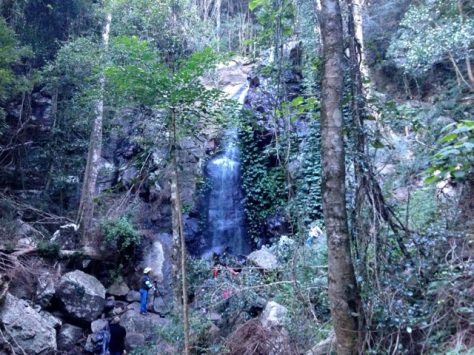 The circuit then returns to the trailhead at Dandabah camping ground.

This circuit was listed as 4.5 hours but as I said earlier I’m a fast walker and it only took me 3. It did give me time to set up my van for the night. Tomorrow, the other two hikes…