Twenty-two miles north of Leeds, York is a city in Yorkshire founded by the Romans in 71 AD.

Over the nearly two millennia since it was founded it has been known as Jorvik, Eburakon, Eoforwic, Everwic, Yerk, Yourke, Yarke and eventually simply York. After the Roman founding, it was overtaken by the Angles, captured by the Vikings, overrun by the Normans, ravaged by William the Conqueror, saw a peasant revolt, a Catholic uprising, and was besieged by Parliamentarians during the English civil war. In the last century, it was bombed by the Nazis and has been entirely overrun by rampant armies of tourists, who currently besiege the city, pillaging its wares on a daily basis.

The City Walls
As the city was founded as a Roman fortress, a large rectangular wall was built around it covering about 50 acres. Much of these original walls still exist in the city today although over time parts have been destroyed or left to fall into disrepair, only to be repaired at various points in their history.

The walls are an enjoyable way to walk around the edge of the central city, with walkways around the upper portions. A full circuit of the city centre atop the wall takes about an hour and gives good views of the city. 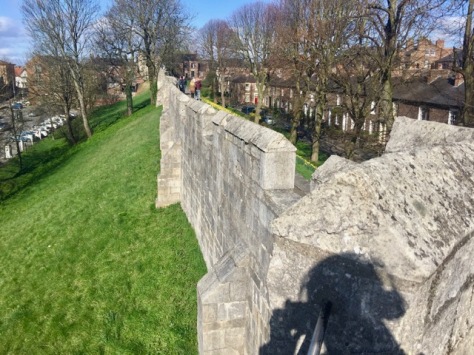 Yorkshire Museum and Gardens
During preparation to build the Yorkshire Museum, workmen uncovered the extensive remains of the 13th century St. Mary’s Abbey. Many parts of these ruins were incorporated into the design of the museum and are contained in various exhibits.

The grounds of the museum are extensive, including gardens and other buildings beside the River Ouse. While the museum itself is small, the three floors showcase exhibits from the age of dinosaurs through history to modern times, with a major focus on the local area.

York Minister
The York Cathedral is one of the largest of its kind in Northern Europe. 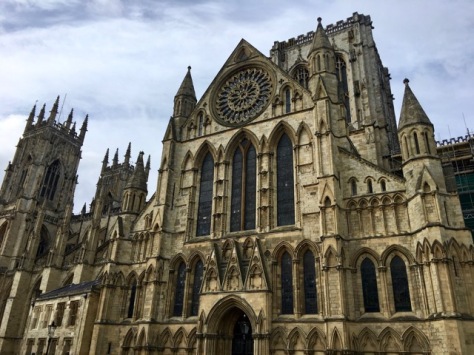 The cathedral was commissioned in 1220 and completed a short 252 years later in 1472. The entire building is 160m long and about 70m wide at its widest point. Inside the gothic architecture is beautiful with its open plan construction and a multitude of ancient stained glass windows. There are many areas inside the minister that are under restoration.

The York Minister also has three towers, the central one some 72m tall. There is a challenge using the day to climb the 275 steps up the thin spiral staircases to the roof which has the best panoramic view out across York.

While I’m not a fan of the movies and have no idea what Diagon Alley is, the locals have taken advantage of the fever and there and many Harry Potter oriented shops in that particular alley. This one, for example, sells wands.

York Castle and Clifford Tower
The mound on which the castle is built was constructed by William the Conqueror in 1068, and the first wooden castle was built in the same year. But, by the following year, it had been burned to the ground by rebels and Vikings.

The second wooden castle was completed soon after and lasted 100 years until 150 Jews hiding in it committed mass suicide by burning it down. It was rebuilt in stone in the mid 13th century by Henry III. 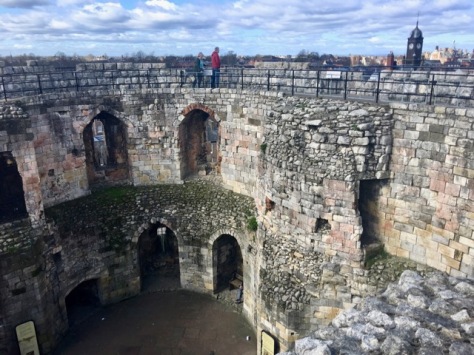 The shell that remains now gives excellent views across York. 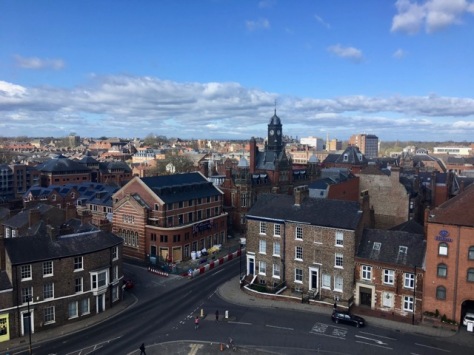 Holgate Windmill
The Holgate Windmill is one of the few working five sailed windmills remaining in the UK. It was built in 1770 and has gone through many repairs over the past 250 years. It was closed in 1933 after storm damage. Restoration began in 2003 anew and was completed in 2012 when for the first time in over 80 years it turned by wind power. 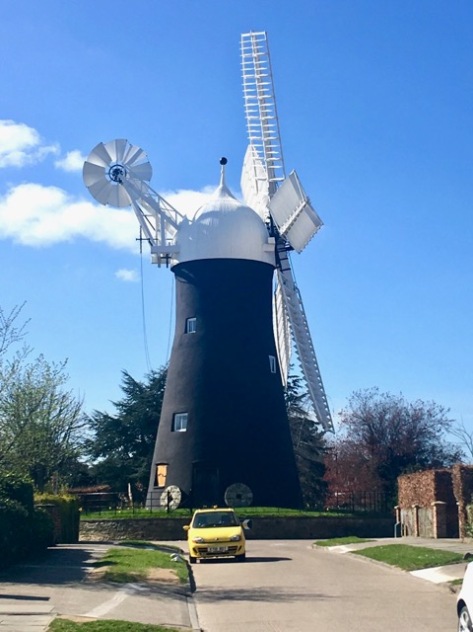 UK’s Confectionary Capital
York is considered the home of confectionary in the UK with the Rowntree company introducing to the world such offerings as Smarties, Kit-Kat and fruit pastels. Even George Cadbury, I don’t need to tell you which company he started, was trained at Rowntree’s in 1858. Rowntree’s is now owned by Nestle. But it’s not just big chocolate companies in York, there are many boutique chocolate stores in the city and even York’s Chocolate Story, an interactive attraction which delves into, oddly enough, York’s Chocolate Story.

Guy Fawkes
In 1605 he was discovered about to ignite 36 barrels of gun powder under the Houses of Parliament in Westminster London in an attempt to ignite a Catholic uprising. He was hung 2 months later, then drawn and quartered. I mention this because Guy Fawkes was born and educated in York.

Overall Impressions
York is a very busy city even in March, which is considered the low season. I’m told that in summer it’s almost impossible to move in some of the inner city streets for the tourists. In my opinion, it has a similar vibe to Prague in the Czech Republic based on the cobbled tight streets, the number of pubs and the sheer amount of tourists. There were many places to see, and I enjoyed learning about the popular destination in Northern England. 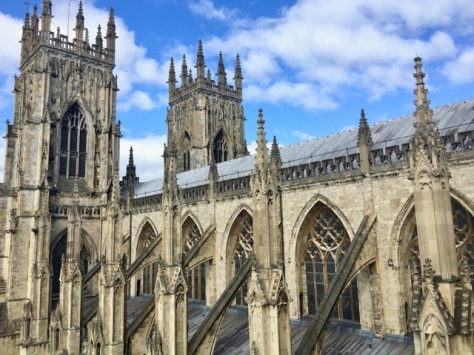 One thought on “York, England – Impressions”