Chiang Mai, meaning ‘New City’, became the capital of the Northern Thailand in 1296, when the capital was moved from Chiang Rai. In the three months leading up to summer, there are many burn offs happening in the farmlands around the city. This drowns the region in the worst smog I’ve seen to date, even worse than Hanoi in Vietnam.

What is now known as ‘Old City’ is still partially surrounded by a wall and moat. It was used to defend the city from the Burmese and the great Mongol Empire. The city is considered a creative city, with many festivals held through the year, plentiful museums and art galleries.

Inside the walls of Old City there are many temples, but the number is dwarfed by the huge number of cafes.

The temple literally meaning ‘Temple of the Big Stupa’ is at the centre of Chiang Mai’s Old City. It was once the home of the Emerald Buddha before an earthquake caused a partial collapse of the temple. The most famous of buddha statues was then relocated to Luang Prabang in Laos. For its 600th anniversary a copy of the Emerald Buddha made from black jade was housed in the temple. 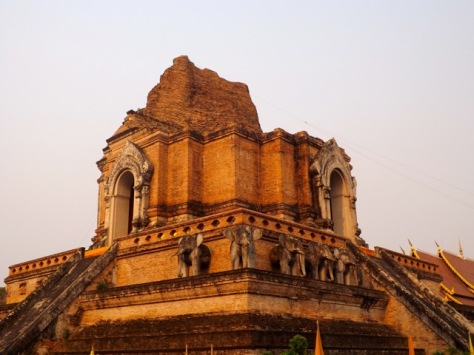 There are three temples in the compound, the more modern Wat Ho Tham glows brightly during sunset, the sun glistening from its golden walls. 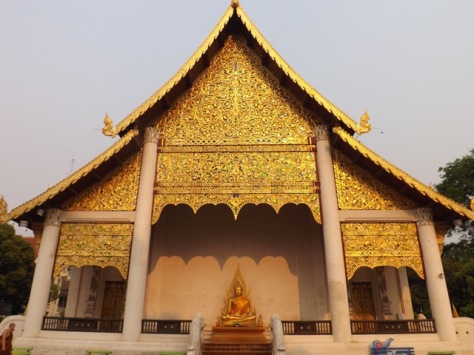 Just outside the Old City moat is another old temple built around 1350. It’s one of over 200 temples in Chiang Mail, many of them within the walls of Old City. 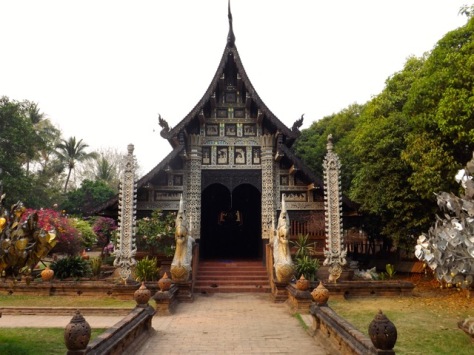 At the back of the temple is an ancient Chedi said to hold the ashes of the royal family from the Mengrai dynasty. When monks from Burma were invited to live here, it became the first location buddhism was accepted in Northern Thailand.

Chiang Rai is the northernmost region of Thailand although it belonged to Burma until 1899. Before belonging to Burma it was the capital of the Lanna Kingdom which ruled in these parts.

With limited time, I booked a 1-day tour out of Chiang Mai to see some of the highlights of Chiang Rai…

As the tour started at 7 am we stopped for breakfast at our first tourist spot for the day. Little more than a tourist trap, several hot springs are built into the car park surrounded by markets. At some of the pools, eggs are sold with little baskets that could be boiled in the hot water.

The highlight of the tour was the artistic and stylish Wat Rong Khun also known as the White Temple. Of all the grand, modern temples I’ve seen in South East Asia, this has to be my favourite. A local artist completely rebuild the original temple from his own pocket, spending over US$1.25 million in its construction.

To enter the temple, visitors must cross the ‘bridge of rebirth’ representing the way to happiness by foregoing temptation, greed and desire. Beneath the bridge are hundreds of hands symbolising unrestrained desire and they are framed by tortured depictions of demonic beings.

The golden triangle is a point where Thailand, Laos and Myanmar meet. This area has a long history as a means of shipping opium between the countries. Poppy fields were once located on the Laos and Myanmar borders.

There is a boat trip across the river to an island in Laos which I decided not to take. As it turns out, this is another tourist trap and all that is on the island are markets. 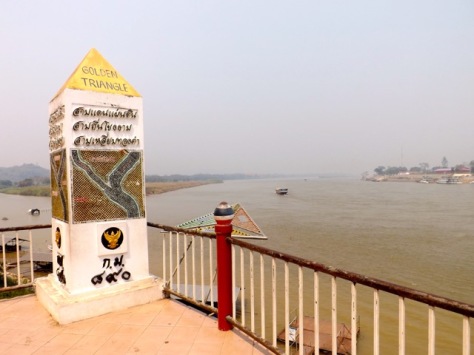 While my tour mates were on the riverboat trip at the Golden Triangle, I chose to take in the Opium Museum. While small, it was informative about how Opium arrived in South East Asia. Opium is thought to have originated in the Mediterranean with evidence of its use in Greece going back 3000 years. However, China became a large producer of the drug, shipping it south across the Burmese border and south into Siam. 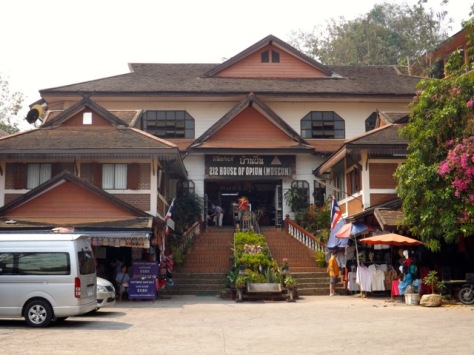 While the tour took over 12 hours, much of it sitting in the mini-van. There were a couple of very interesting stops but at its heart the tour was merely a tourist trap, pushing us into markets with the hope of us buying products.

From here I head back to the Island of Langkawi in Malaysia where I will stop for a well deserved break from my travels for several months.