The idea of my first day in Vava’u was to check out the township and get myself organised for my week here and to book myself some tours. Also while I was here, I hung out with a kiwi guy in the backpackers who asked if I’d like to do a scooter tour. Well, not a tour as such, we simply hire a scooter each and drive around the island. At 30 Paanga a day (A$20), why not!

So, this morning the scooters were delivered to the front of the backpackers and with only a map and several hours, we set out. I’ve never ridden a scooter before, and it took a couple of minutes and some toe scrapes to get it. We stopped to gas up our vehicles and my scooter died – the accelerator would not engage. So, we called the owner and she sent out a mechanic, who got it going. We were ten minutes down the road when it started to play up again. So, after another call to the owner and a 30 minute wait, she arrived with another bike for me. And we were off!

The weather today was not the best, while I have seen the very occasional short rain during my stay, this was the first day where it actually rained. This happened while we were waiting for the lady to arrive and finished when we set out. We decided to head out to the north-east side of Vava’u to an island connected to the main one by a causeway, and a couple of beaches. We stopped for a chat with a resort owner at ‘Ene’io beach before heading off across the causeway to the end of the island.

The people of Tonga are very friendly, and the kids just loved seeing us drive past on scooters. We then visited Keitahi Beach and my fellow biker went for a snorkel while I took some pictures of the beach and its surrounding cliffs.

We headed back towards Neiafu to refuel. Then it was off in the opposite direction, to the south-west end of the main island where there is a large lake. The ride over there were great. Unlike most of the other islands, a large proportion of Vava’u’s roads are surfaced. And the roads between the villages are the best, as with less traffic, there are less potholes. Potholes are not the best in 4 wheeled vehicles, on scooters they are hideous but a lot easier to avoid. 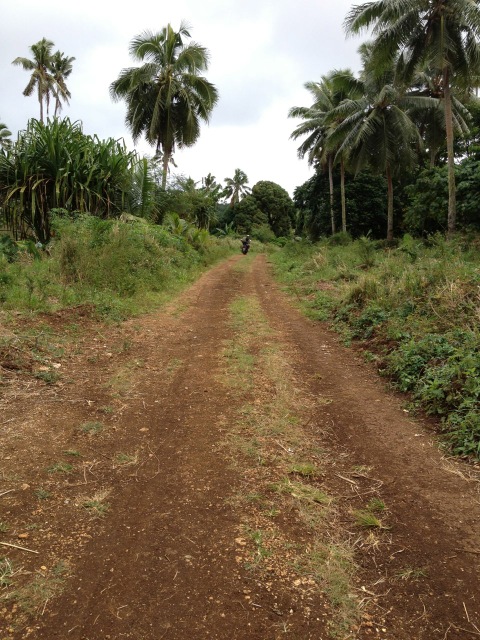 To ride around the lake, however, we needed to go on an unsurfaced track. This is where the fun began. Luckily it had not really rained too much in the last month, so the track was fairly dry. I say fairly, as there were some muddy spots that could not be avoided. Off road scooters! We got a little muddy and I came off a couple of times on the slippery track, but suffered only scrapes. At one stage we even had to carry the bikes over a fallen coconut palm.

We finally made it back to surfaced road and headed back to the backpackers. This was when the rain decided to visit and it poured for about 10 minutes. Yay for being wet on a scooter. Thank god we were no longer on unsurfaced tracks. Back at the Backpackers and a well needed shower. 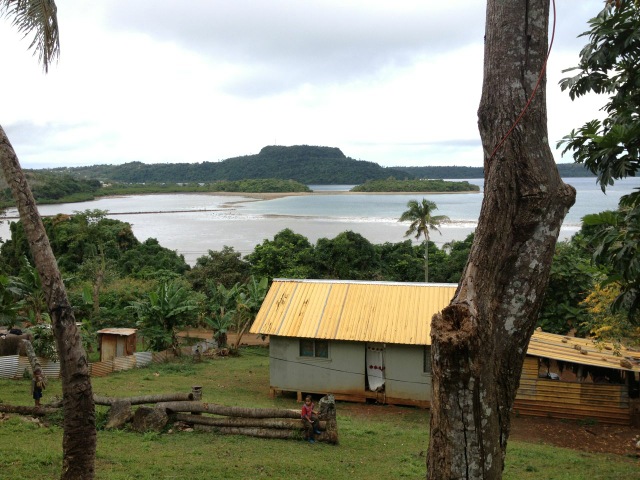 Tomorrow I’m out on a boat doing a tour of the bay, caves, beaches and reefs.