After climbing the Mount Mitchell Peaks a couple of months ago, I decided to take my hiking group to another of the hikes in the same area.  I  set this up a couple of weeks before I went to Tonga and on my return discovered more than 50 people had registered.

I set the Aratula petrol station as our meeting place, about 10km from the beginning of the trail, making it easy for everyone to find.  While 50 is a lot for a hike, I expected a third to pull out, but a total of 45 showed up.  I discovered another group of 26 would also be on the trail also, so it was going to be busy.

Because of the lack of parking at Cunningham’s Gap, I suggested car pooling, so leaving some cars behind, we set off for the trailhead. The Mount Cordeaux and Bare Rock trail is 12.6km return or about 4 hours. It’s a Class 3 (well defined wide dirt track) with points of Class 4 (rocky defined path).

There are several trailheads leading off from the car park and I ensured we were heading along the right one before we headed off. The initial trail is a small circuit that connects all of the other trails together.  We walked along this on a wide dirt track to a lookout. 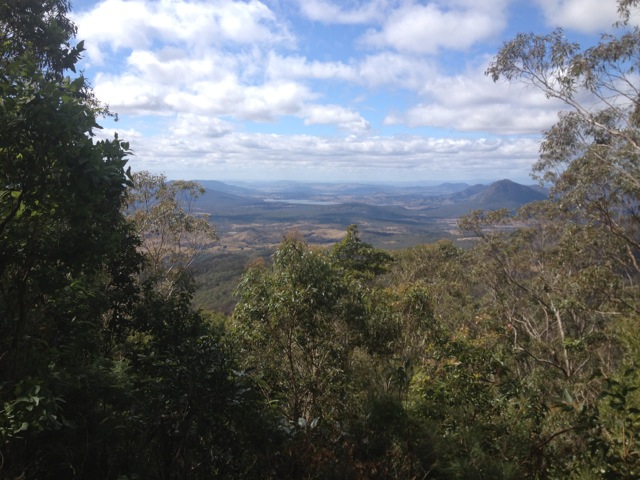 We continued along the circuit trail until we found the turn off to Mount Cordeaux and headed along it. The track began climbing immediately. The track zig-zagged up the side of the mountain to a point where the vegetation cleared and the western peak of Mount Mitchell could be seen across the gap.

About 4km into our climb and at the base of the great rocky face of Mount Cordeaux the trail forked.  We took the path to the right on a rocky path around the side of the mountain to a lookout, climbing stone steps to get there.

The lookout is a fairly large flat rocky area with plenty of room for our numbers. We stopped for a break, enjoyed the view across the valley to Lake Moogerah and Mount Greville – the next group hike I intend to arrange. 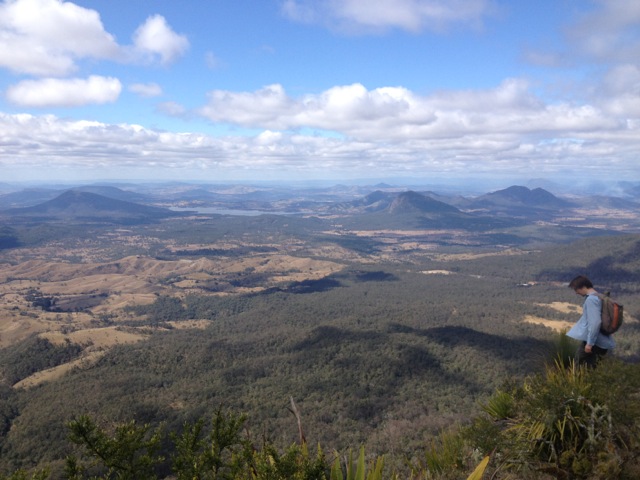 After 15 minutes, I led the group back to the fork and we continued along the trail around the other side of Mount Cordeaux on rocky steps.  We continued across a short saddle and into a throng of trees before the trail began to climb steeply.  The climb was fairly brief and we soon emerged onto Bare Rock, a large area similar to the lookout with views north along the Main Range. 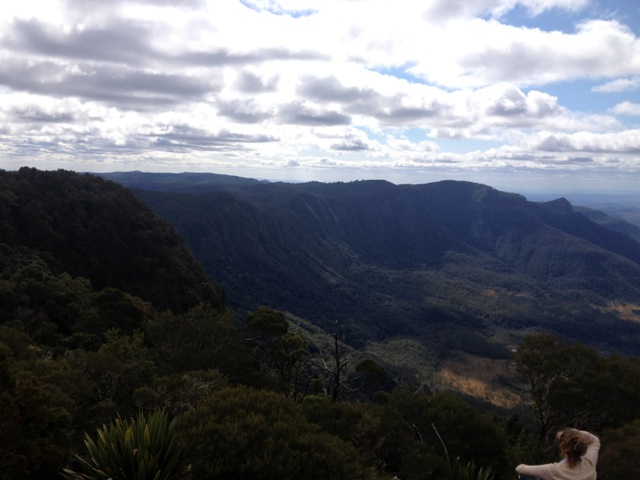 Being late winter, I had expected it to be a little blustery, but we’d been lucky up to this point. Once at the top, however, the wind picked up and it cooled down. The group stayed for about half an hour, eating lunch and talking until the wind got too much and we set off down again.

The climb to Bare Rock was not particularly hard and with so many people, was slow going. The trip down was quicker, with most being a gentle meander heading back towards the car park.

The hike turned out to be a success with everyone enjoying themselves. To celebrate, 20 of us headed to the Aratula hotel for a beer – a must following a hike – before heading home.

Next I’m back to my lone wanderings, the many short trails of Mount Tamborine.