I’m in Hobart for the next couple of days. As I drove into the region I couldn’t miss the Wellington Ranges sticking up as a block above Hobart. While it doesn’t have the same jagged rocky look that grabs your attention like the Hazard Range in Freycinet National Park, it’s almost three times as tall. And of course, the moment I first lay eyes on it, I wanted to climb it.

As it turns out I was lucky to see it at all, as it’s usually surrounded in clouds. I looked at the different walks in the ranges and wanted to do a walk known as Cathedral Rock, a 6 hour steep climb up the side of the ranges. But after checking the forecast – rain for much of my stay – I decided to get a shorter walk in before the weather turned. I chose the Organ Pipes walk instead – a 3 hour round trip.

I’m told it is generally 10 degrees colder on the range than in Hobart – it’s even forecast to snow on Sunday, in December! Yay for Summer! – so I packed for warmth.

I drove up the long winding road towards the summit and stopped at a car park called The Springs. Then I found a problem, because of the number of walking tracks on the ranges it’s easy to get confused. In most cases, the tracks are well marked, but sometimes too much information can lead you astray. I did eventually find the start of the walk and headed along the sandy trail through the trees. 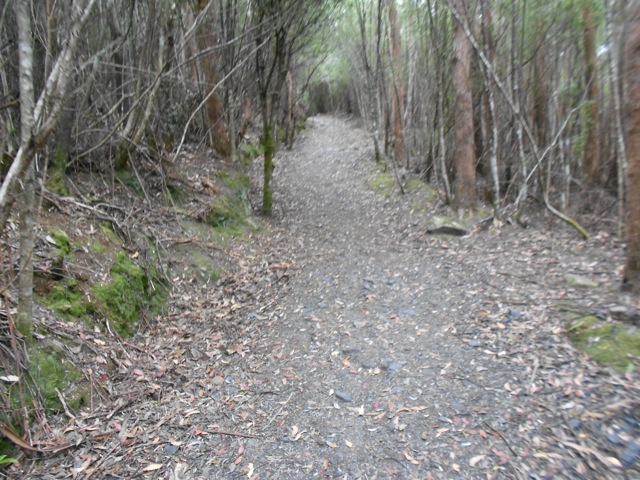 The sand didn’t last for long, turning very quickly to uneven rocky trail that continued to cut through the trees. The Springs is 700m up Mt Wellington with the highest point of my walk being The Chalet at exactly 1000m. The trail climbed from the start point up the rocky trail. 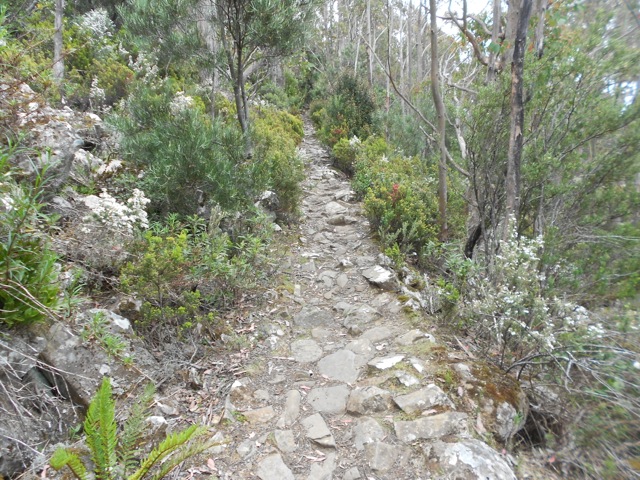 This was perhaps the hardest part of the hike and while not steep, it was a steady climb that got the heart pumping. From time to time I could see the city, harbour and surrounding landscapes unfolding behind me thought the trees.

The track climbed through an area of large rocks that would have been dangerous in the wet, but a good location for the photos. Hobart is a beautiful city surrounding the harbour. In the distance I could see the Tasman Peninsula where I had stayed a couple of days ago. On the other side of the harbour, the islands and the bay were amazing although would have been better on a clear day. 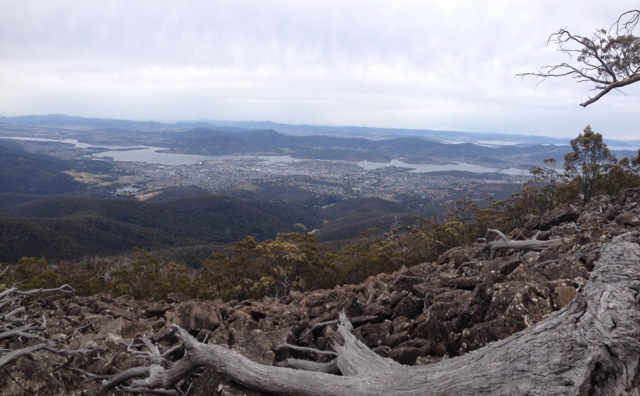 Looking up the mountain I could see a good view of the organ pipes – an area of vertical stone formations similar to, but not as well defined as those in the Organ Pipes National Park in Victoria.

The wind grew harsh and the rain sprinkled briefly, so I continued walking through open rocky ground and the forest until I emerged at The Chalet – a small building on the side of the road set up as a picnic area. 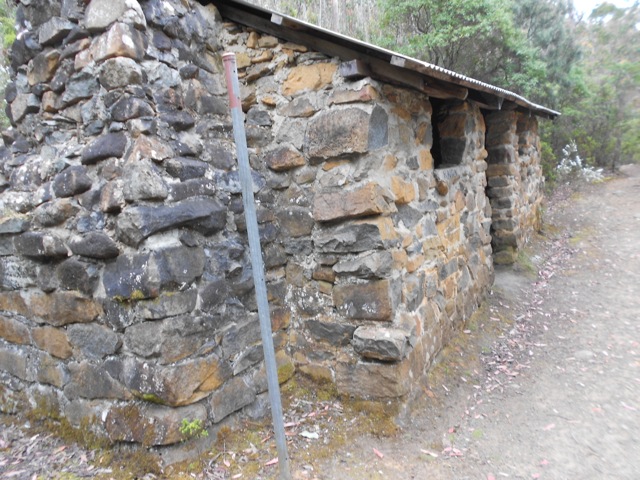 I crossed the road and headed down through the forest. There weren’t many views along this particular part of the trail, although from time to time I came to a stone cabin that had been converted to a picnic area. There was a short side track to a place called Sphinx Rock, and while I’ve no idea why it’s called that, it gave good views of the mountain.

My walk ended as I returned to The Springs.

Since I’m likely not to get the chance to climb to the top during my visit, I decided to drive up there instead, and I’m glad I did. The temperature at the top was icy and the westerly wind scathing, even in my warmer clothing, but the views were amazing both along the range and across Hobart. 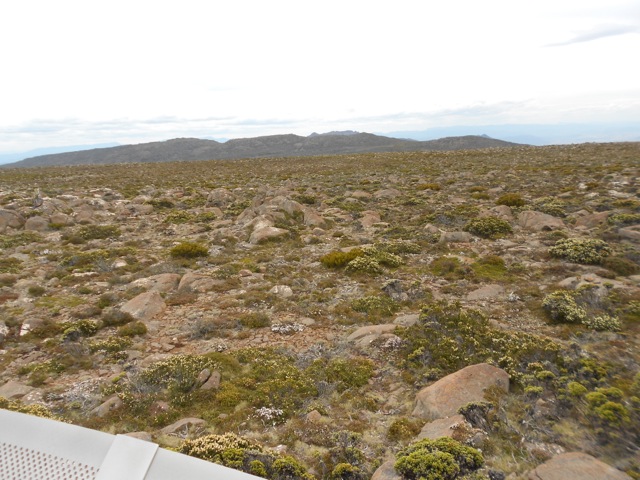 The panorama feature of my phone is great to capture this…