Day 2 of The Overland Track is the shortest at only 7.8km. For this reason, many people merge the next two days together and walk all the way to Pelion Hut, 25km away, but this isn’t my plan. While you cook breakfast in the Waterfall Valley Hut, you can see the stark rocky face of ‘The Barn’ high atop the ridge. I wasn’t originally going to climb it, but I discovered a group – The Brits – were I decided to tag along.

The side trip to The Barn is actually longer than the official day’s walk but is done with only a day pack. I’ve heard different tales about climbing the Bluff, some say it’s easier than Cradle Mountain, while some say it’s harder. I’ll have to decide for myself.

The start of the walk backtracked back up the zig zag hill to where the trail had split the day before and walked towards the bluff. Much of the walk was along wooden planks and steps and doesn’t really feel like hiking. Thankfully and unlike Cradle Mountain, there aren’t any day walkers getting in the way. We climbed a knoll before heading up a steep trail to where the real climbing begins. We picked our way across a large field of boulders from a rock fall some time ago.

The climb looks rather menacing from a distance, but the closer you get the easier it looks. Through the boulder field the climb gets steeper as we make our way up the rocky face of the bluff following well placed cairns.

The trail works it way up the side with some scrambling up large boulders and short dirt paths. There are some difficult parts, although I wouldn’t call it any more difficult than Cradle Mountain, only different. We eventually made it to the top and climbed across the large boulders to the summit point where we sat for a snack. 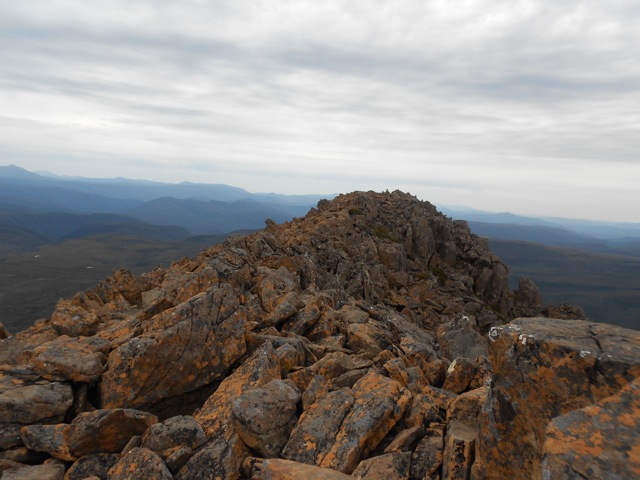 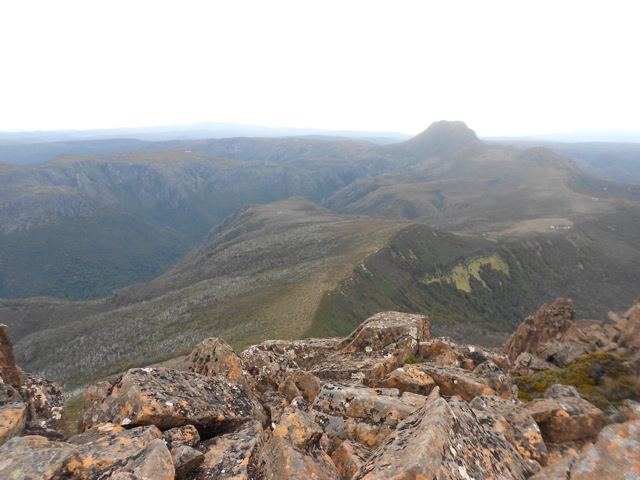 Looking south down on Lake Will. 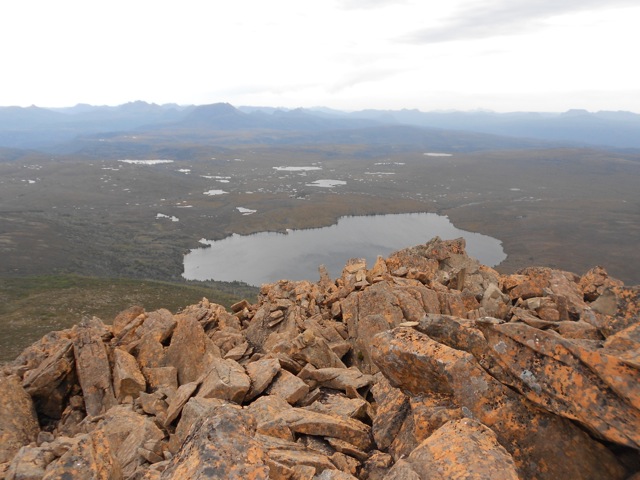 The wind soon whipped up and we decided to head down again. The climb down was easier and the walk back along the track relaxing until we arrived back at the hut. We stopped for lunch before I donned my pack and headed off alone towards along the trail.

The day was overcast and as I walked, rain threatened, but didn’t eventuate. The trail climbed gently through bluegrass plains and across a ridge…

…and through a small forest before levelling out when it came to a junction to Lake Will. I originally had planned to walk this side trip, but after climbing The Barn and getting a great view of the lake from height, I decided not to and headed on.

The trail descended briefly and as I walked along the boardwalk, I heard a rustle in the brush to the side, and watched as a Wombat wandered towards me. Unfortunately when it saw me it fled before I could get a photo.

The rest of the walk passed quickly through plains and I headed downhill past the lake where a couple of people swam. 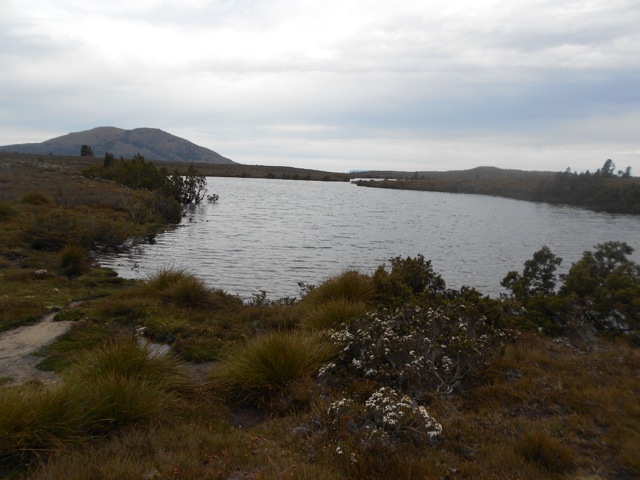 Arriving at the hut, I set up for the evening, and when The Brits arrived, we headed down to the lake.

We stripped down to our smalls and leapt into the icy waters. Once you go numb, you don’t feel the cold anymore! Getting out was warmer and we sat around in the warmer breeze drying off before heading back to the hut.