Less than 100km north of London in Cambridgeshire is the small city of Cambridge well known for its prestigious university. With the UK summer packing up after only 3 weeks of sunshine, I headed out of London for the weekend to explore this piece of England’s history.

Cambridge is very much a student city with 20% of its population attending one of the two collegiate universities in the city. Young people swarm like well educated flies all over the city, whether playing sport in the myriad of parks, flying past on scooters or bikes, hanging in groups around the central city, or later in the evening, in lines trying to get into bars. 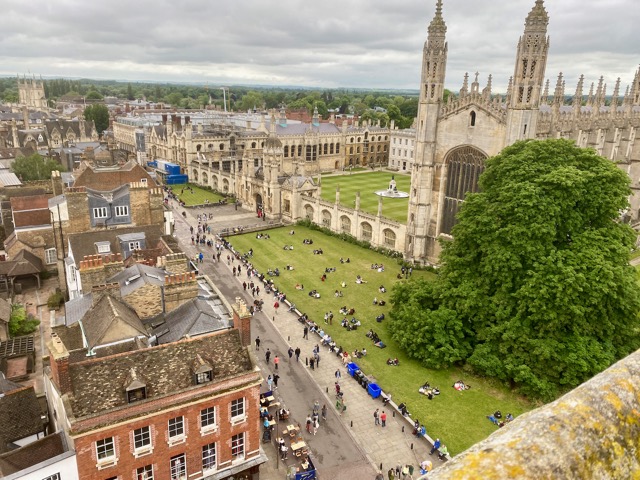 One of the first thing you notice about the city is the architecture, but it’s not just the grand gothic style of King’s college or the myriad of churches around the city. Cambridge has a modern style mixed in with the more classic ones.

As my visit was only for the weekend, I spent much of Saturday exploring the various locations of the city with the intention of taking in some of the museums prior to my Sunday return train.

The collegiate University of Cambridge, founded in 1209, consists of 31 separate colleges. It’s the second oldest university in the English-speaking world, with Oxford University the oldest. Each of the colleges have multiple grand buildings spread through the central city. The building above is the King’s College Chapel.

Across from the college is Great St Mary’s, a small 15th-century church with a climbable tower and a viewing platform offering panoramas of the city, including this view down onto Cambridge Market Square. The market had many different food stalls, most with lines of eager people waiting to sample their delights.

North of Great Saint Mary’s is Trinity Street, running alongside Trinity college, an architecturally pleasing span of road leading to the north of the central city, and St John’s college. 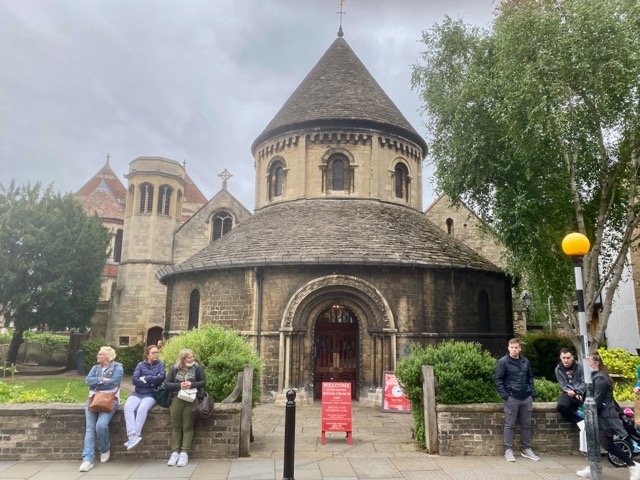 The street ends at the Round Church, a landmark church built in 1130 and only one of four remaining medieval round churches still operating in England.

Not far from the Round Church is the River Cam, a place popular for punting tours. A punt is a flat bottom boat pushed through shallow slow moving rivers with a punt pole. The River Cam cuts its way along the west and north sides of the central city, most of it used for punting. 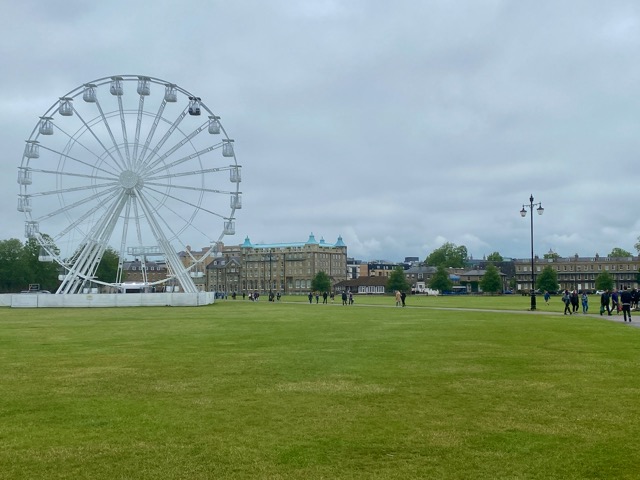 A walk along the river led to one of the many parks littering Cambridge central city, some with interesting names. This one is Parker’s Piece, while others are called Christ’s Pieces, Midsummer Green and Jesus Green.

The river leads past various bridges, many unique in their build, such as this one, called the Mathematical Bridge. Its a footbridge crossing into Trinity College, built from straight beams in a mathematical precise shape. 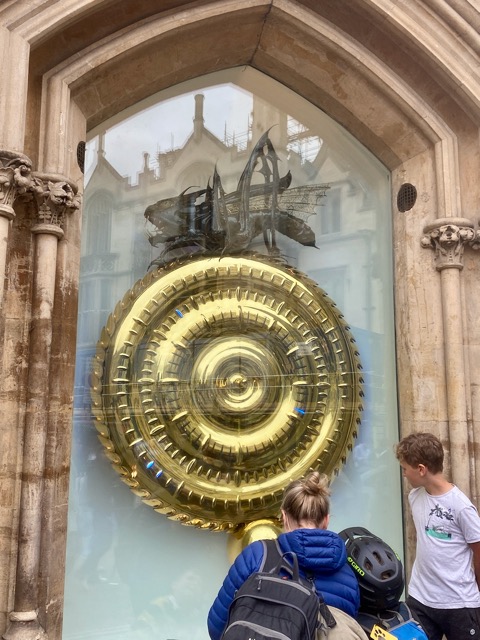 On my wanders through the city I discovered an odd clock in the wall near King’s College. It’s called the Corpus Clock and is also known as the Grasshopper Clock due to the mechanical grasshopper that walks along the top, ‘eating time’. The clock’s time is only correct every 5 minutes and is supposed to reflect life’s irregularity.

On the second day of my stay in Cambridge, the rain was supposed to come, so I intended to take in some of the free museums around the city, such as the Fitzwilliam Museum above. Unfortunately, due to COVID, to maintain social distancing there is limited space in each, and pre-booking is required. Unfortunately, they were all booked out, so after a relaxing morning, I found my way to a cafe serving a full English breakfast, before heading back to London.

Overall Impressions
Cambridge is a wondrous city to wander around with eye catching architecture at every turn. It felt small wandering around the central city, but with plenty to see. It’s a shame many indoor attractions were booked out, but it will inspire me to book ahead on my next trip, to Oxford in a couple of weeks.