If you were to draw a triangle with points on Bristol, Birmingham and London, somewhere near the middle would be Oxford. At 90km west of London, Oxford is best known for its university, the oldest in the English-speaking world. The town and university are so similar to Cambridge that the pair often group under the name Oxbridge.

Oxford was first settled around 900AD at a ford in the river, which the Saxons used to cross oxen. Like Cambridge, the city is very much a student city, with college buildings dominating the landscape. Oxford has a reputation as a party town, and soon after my arrival midday on Saturday, I noted many girls in their 20s were all dressed up to party. All afternoon, in various parts of the central city, I noticed more of them in different stages of drunkenness, but not so many guys.

My first stop in the city was the Oxford Castle and Prison, which I’d booked ahead to ensure a spot. Unlike other castles in the UK, Oxford Castle has very much been integrated into the surrounding buildings and is not as grand as others I’ve visited. 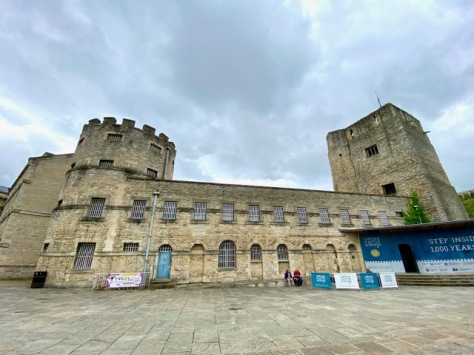 The hour-long tour took us to the top of the remaining watchtower, giving expansive views across the city and surrounding landscape.

As the tour dove next into the lower chambers, I learned that the military value of the castle waned during the 12th and 13th centuries, after which it became more of a prison. And while digging the prison, they discovered an old chapel crypt thought to be from the original structure.

During the Victorian era, authorities discovered that the prisoners were better fed and sheltered than many in the city, so they introduced a series of hardships. There were tales of up to sixty prisoners jammed into a single room and forced to sleep standing in ankle-deep human waste. Others were forced to turn great wheels that pushed water up to the top of the tower, only to trickle back down again. However, for those who could afford it, exclusive rooms were available with great fineries and clothing to help them enjoy their stays.

There are plenty of architecturally impressive buildings throughout central Oxford, but in my mind, not as many as Cambridge. Indeed, the central city felt less majestic than that other city, Cambridge. There are still some fine pieces, such as the Tom Tower – a bell tower that stands above the main entrance to the Christ Church,

Or the Town Hall, which is currently closed to the public. 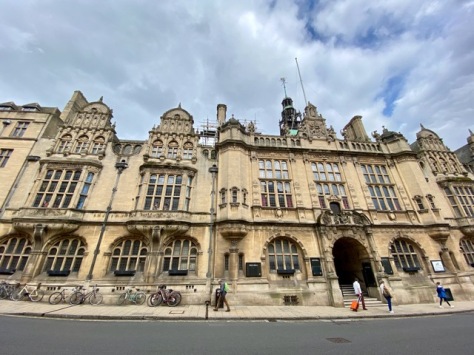 Then there is the Carfax Tower, the only remaining part of St. Martin’s church, demolished in 1896 due to increasing traffic problems in the city.

It is the tallest building in the centre and an excellent place to get a bird’s eye view of the city, which, of course, I did. 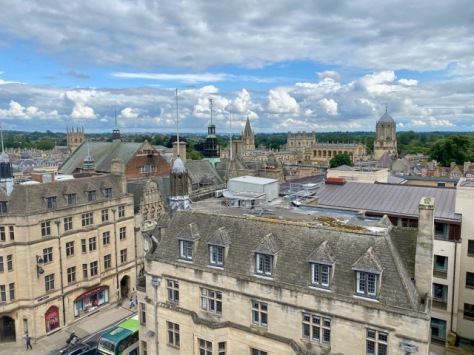 Past the University Church of St Mary the Virgin is the Radcliffe Camera, perhaps the most distinctive building in Oxford with its round shape. The word ‘camera’ in Latin means room or space; the Radcliffe room is a part of the Bodleian library and houses the Radcliffe Science Library.

The Bodleian Library is the second largest library in the UK, holding 11 million volumes on 190km of shelving, with 5km more being added each year. It’s a legal deposit library and can request a free copy of every book published in the UK. 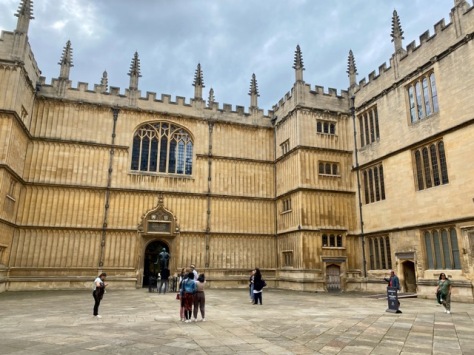 On Sunday, I had pre-booked a couple of museums after missing out in Cambridge. After scouring the city for a full English breakfast, I headed to the Ashmolean Museum.

The Ashmolean is a classic art and archaeology museum with many exhibits and tens of thousands of items on show over several floors. From ancient Egypt, Persia, to the Roman Empire, from mummies to silver platters, to exquisitely carved blocks of marble. I wiled away 90 minutes skimming many items, and I still didn’t see everything.

Then after a quick lunch, I headed to the Museum of Science History. Compared to the vast space of the Ashmolean, the MSH is but three medium-sized rooms, with various exhibits such as a collection of Islamic astrolabes, a collection of watches that tell stories, and the history of typhoid, to name a few.

Once done, I headed to a pub for a cider and to wait for my train back to London. 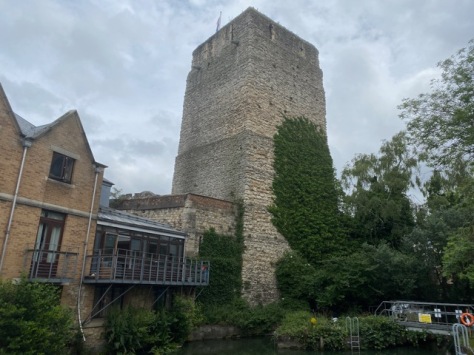 Overall Impressions,
After visiting Cambridge first, I expected to see more similarities between the two cities. Yes, there are colleges in both, grand architecture, and plenty of students. But Oxford reminded me more of York than Cambridge, more of a party town than a Mecca of education, even though it’s that too. That’s not to say I didn’t enjoy my time in Oxford. I was more prepared and got to see more that it had to offer. Well worth the visit.