This morning will be my last day at in ‘Eua. I have enjoyed my time on this ‘wilder’ island with its National Park. As this is one of Tonga’s quieter islands, it’s almost the opposite of Tongatapu. I spent most of my social time at the resort, chatting to other patrons or hanging out in the main eating area. I discovered a taste for the local beer Mata Maka – conveniently brewed in NZ.

I hung out this morning after breakfast and waited for my ride to the airfield, as ferries only run every 2nd day. The ticket said I had to be there 45 minutes early, but this is Tonga. I asked the resort owner for a ride and that wasn’t a problem. I reminded him again 20 minutes before the flight. He rung them and told them we were coming. In Tonga, schedules aren’t cut in stone, if anything, they are cut in jelly and wobble about all the time. It took us 10 minutes to drive there and even when I got there, no one was in much of a hurry. The plane hadn’t even arrived by the departure time.

The plane did eventually arrive and all three passengers boarded the 8 seater. The plane took off for the 8 minute flight and before we knew it we were back on Tongatapu. The drive back to Toni’s Guest House took longer. I went into town for the afternoon, and wandered around looking for a pharmacy – I have a cough – which took me almost an hour to find. I also tried to get a sim for my phone, but alas Digitel network – Tonga’s main cell provider – doesn’t support iPhones. Nevermind.

That evening, I found myself alone in the Blue house, so I settled down to watch some TV – from the Satellite – when a kiwi couple arrived for the night eager to crack into their duty-free. Who am I to turn down free drinks? 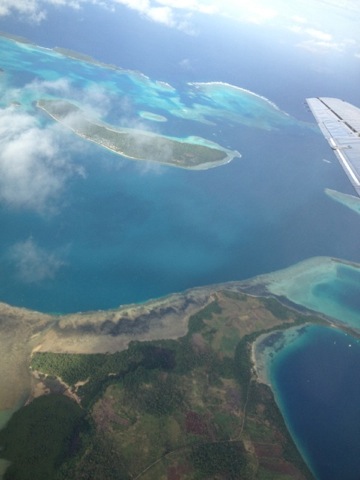 My pickup time to the airport was midday, so I decided just to relax this morning, read a book. Yesterday I was informed that today’s flights had been changed. Instead of a 30 minute from direct to Ha’apai, it was now going to be 2 hours including a 30 minute stop over in Vava’u. I’m getting used to the laid back Tongan style.

I finally arrived in Ha’apai this afternoon and was picked up by the guest house. The Fifita Guest House is above the Mariners Cafe in the capital town of Pangai. The town is quite small and there is not much here, but I had expected that from this Island group – it’s the least established of the groups. 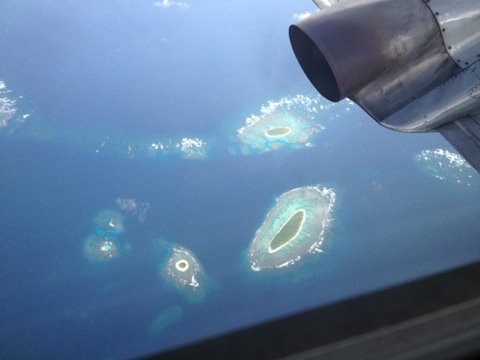 I have 7 days in the group and tomorrow I will be begin my adventures on the main island by going for a long bike ride around the island.