Today the sun came back out and the mugginess kicked in again. Having acclimatised to Queensland, I was thankful for the heat. While it hadn’t been cold, just not hot.

Today was a day I’d been looking forward to for much of my time on Vava’u… the Kart Safari day! It started in the afternoon, so I spent the morning just hanging out and relaxing in the backpackers. 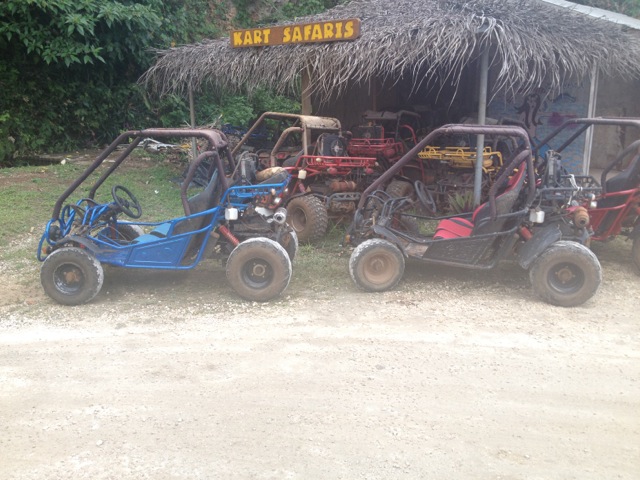 I headed down to the Kart Safari place for 1pm and met with the guy who was taking me on the tour. We waited for a couple from Melbourne to arrive and then 5 of us headed out on the tour in 3 carts. I was pleased as I had one to myself.

After a very brief training session: this pedal goes forward, this pedal stops, this is how you turn it on. And that’s it, easy! We strapped in and headed off. We followed the sealed road for a while taking a road I had not been along which quickly turned to dirt… 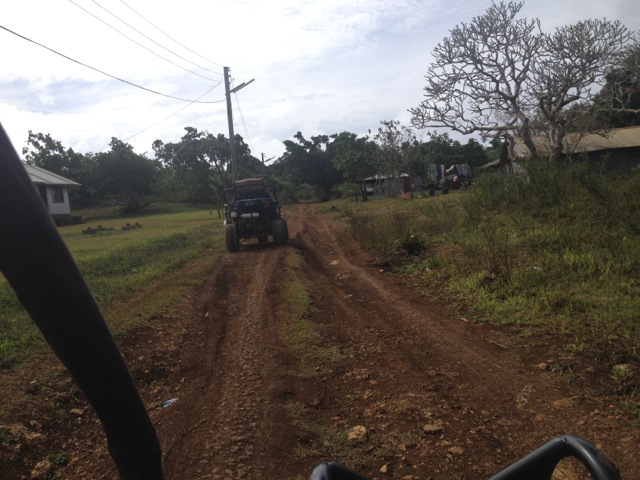 We drove to one of the most northern lookouts of the island. Great, because I had not been to the north as yet. As I had expected, the lookout was amazing, vast cliffs in both directions, hidden beaches and the raging blue of the sea.

After a while at the lookout, we headed off back along the track to the dirt road to the sealed road and to the east, heading to Keitahi Beach – a place I’d been on the scooter tour. There is a steep hill leading down to the beach that was crazy on the scooter, but awesome in the buggy.

We sat for a while and chatted to the guy who had leased the entire beach front and was building a new resort. Back in the karts, we headed up the hill and took a track which headed along the cliffs to another lookout. Again with amazing views.

And the raging seas: 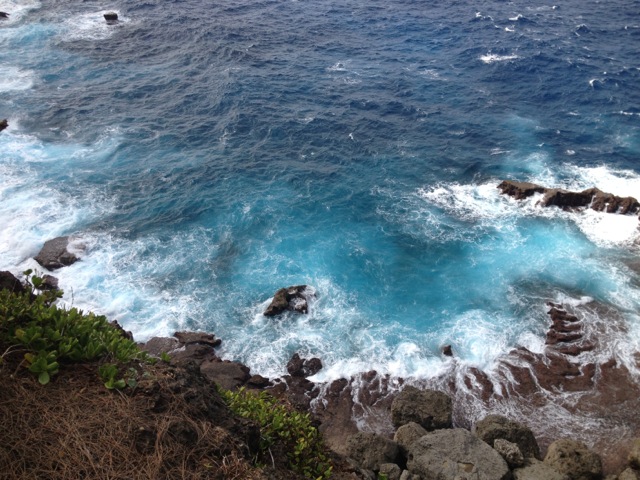 We watched flying foxes circle in the air – I love these beautiful creatures having worked in a bat hospital over christmas.

We headed out and drove down the dirt road to ‘Ene’io Beach again – I’d been there on my scooter tour also – for a beer. Then we returned to the backpackers.

Overall, it was a fun afternoon in the Karts although it could have been longer. Tomorrow I will climb Mt Talau again, this time with my Canadian friend, then on Wednesday – my last full day in Tonga – I’m off to swim with the humpback whales.