The road trip to Kangaroo Island was a mad 90 minute dash from Adelaide to Cape Jervis. Getting out of Adelaide was the hard part, it seemed like the city might not wish me to leave. A water main had stopped traffic on the Main South Road, and when I took an alternative, a car broke down right in front of me. Adelaide has a southern Expressway, but it’s one way only and time dependant as to which way. In the afternoons, you can only use to to get into the city, so I had to take the alternate route was fairly quick .

I raced towards the cape – the most southern point of mainland South Australia – passing through a town with a name I’m sure my brother would love: Myponga. I didn’t smell at all… 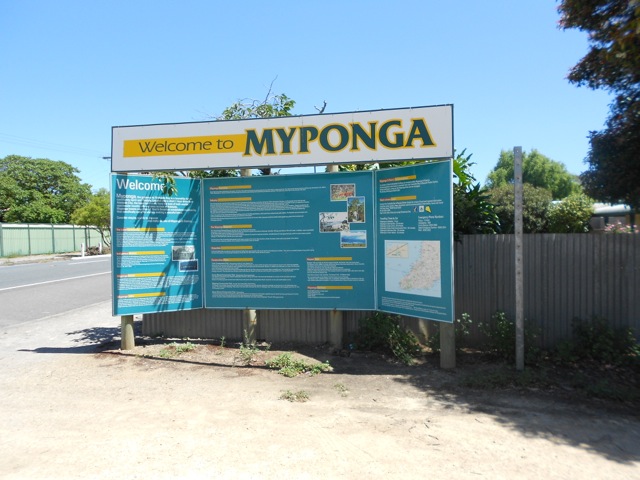 As I raced towards the cape, I could see the ferry growing closer. I made it to the car park with 10 minutes to spare before we were loaded onto the ferry. 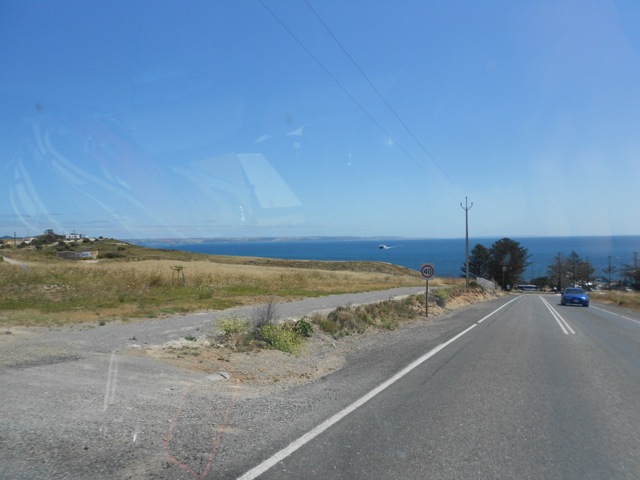 The ferry was a 45 minute ride to Kangaroo Island, and because of a pair of stock trucks on board, it smelled like cows. It arrives at the eastern end of the island and I had to get to the other end where I was staying, some 140km away. Yup, it’s a pretty big island.

I was warned to be careful when driving at night or in the morning, as wildlife like to hang out on the road. I got to the caravan park without running anything over, but saw far more roadkill than I would have liked to.

The western end of the island is a National Park and has many different walks and things to see. I chose the Ravine des Casoars hike, one of the hardest on the island. The start of the walk is about 45km from the camping ground and a two-thirds of that is over a very dusty dirt road with many areas of corrugation. This was slow going and took me over an hour to get to the site. I did stop briefly to watch a couple of Goanna’s fighting…

The walk itself is along the side of a ravine, then drops down into the ravine to walk out to the beach. At the beach, there is golden sand and interconnecting limestone caves.

The walk itself was not difficult, but crossed several different types of terrain, rocks, stony ground, dirt and sand. The trail cut through trees for much of its way… 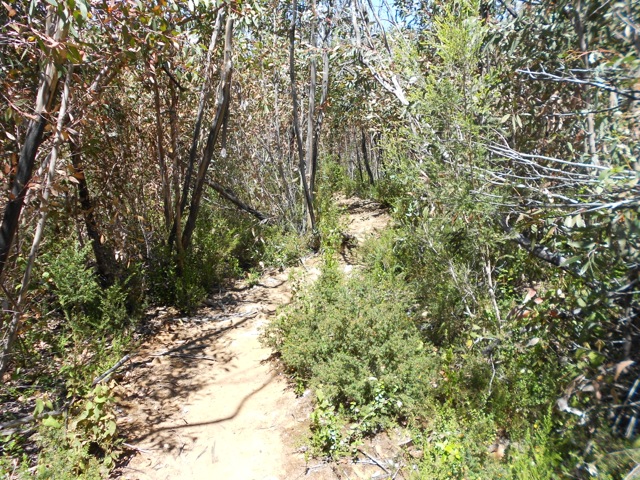 …until it headed down into the ravine and then followed a stream out almost to the sea. One of the hardest parts was walking along the sand bank while trying to avoid falling in the water. There were plentiful Goannas along the trail, some more than a foot long, and far too many flies.

The azure blue of the sea was lovely against the golden sand. The rock formations along the side were amazing. Unfortunately, I didn’t know about the caves until I was there and hadn’t brought a torch with me – something I will remember to bring on every short hike from now on. 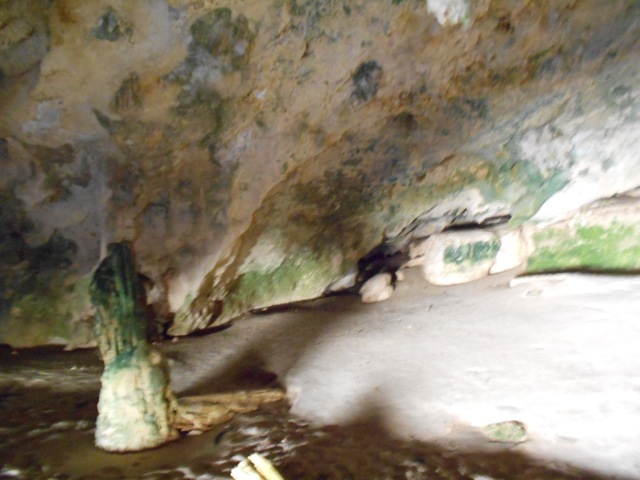 The caves were amazing, and disappeared into the darkness, some of them formed tunnels that connected with some of the other caves. If I had a torch and I would have explored further.

At the the southern most tip of the National Park…

‘’’is the Admiral’s Arch. A natural arch of rock…

Near the arch were several New Zealand Fur Seals. If I was here a couple of weeks later, many more would have been here. They are all off out at sea mating, apparently. 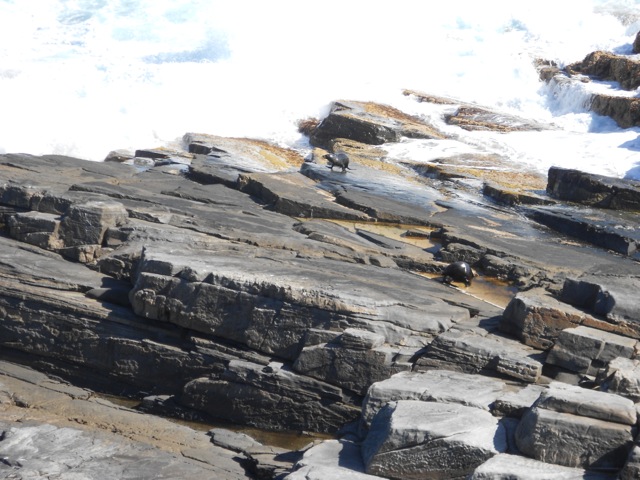 Not far from the Admiral’s Arch are the remarkable rocks. 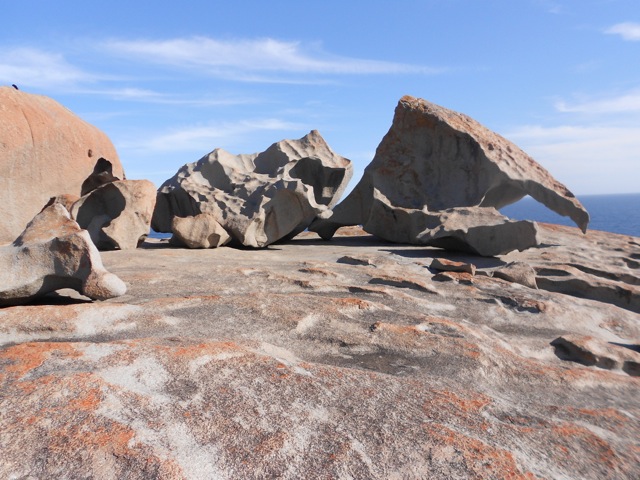 200 million years ago, a magma boil broke the surface and cooled. Over the millions of years, the rocks have been eroded leaving the unusual collection of massive rocks. The look like an artist created them. Remarkable, really.

Along the south coast of Kangaroo Island is Seal Bay Conservation Park.

Walking along a long boardwalk, you can get right down near the Australian Sea Lions that have come to the shore to sleep .

There is also the skeleton of a hump backed whale along the boardwalk also.

Tomorrow, I head back to the mainland to Naracoorte for some Adventure Caving.

The relaxed on an island Lone Trail Wanderer