Rio de Janeiro is Brazil’s second largest city. There’s so much going on in Rio that it’s one of the more interesting and entertaining cities I’ve been to in South America. Rio is nestled among some monolithic hills on the edge of the bay similar to the Glasshouse Mountains on the Sunshine Coast in Queensland, Australia.

The city is rather spread out with a pair of small national parks nestled within the city. And, unlike elsewhere in South America, there’s a decided lack of dogs in Rio. Which means there’s a lot less dog crap on the streets and that cats reign supreme in the city.

My 24 hour trip to Rio was my longest bus ride to date. Most buses I’ve travelled in have been semi-cama (half bed) – similar to many air line seats – while there have been a handful of full-cama – almost full bed. The bus to Rio was all full-cama and quite comfortable but it didn’t have a food service. This turned out well though as for al meals the bus stopped at buffet restaurants that charge by the kilogram .

When I arrived in Rio, I found it to be the dirtiest city that I’ve been in so far, with graffiti covering the majority of the buildings. It didn’t give me the safest feeling. I quickly caught a taxi to my hostel, which turned out to be a very small place with people jammed into 3 small rooms and very little else. One bathroom for 18 people is just not enough. The hostel was also in a central area of town and not in the more famous beach areas. It was very cheap, so I guess you get what you pay for.

A couple of days later, I did a walking tour around the city to some of the more prominent sites in the central city and Lapa, the famous samba party suburb next to it. The city has many well designed buildings, churches, museums and municipal theatres.

The cathedral is like no other cathedral I’ve seen. 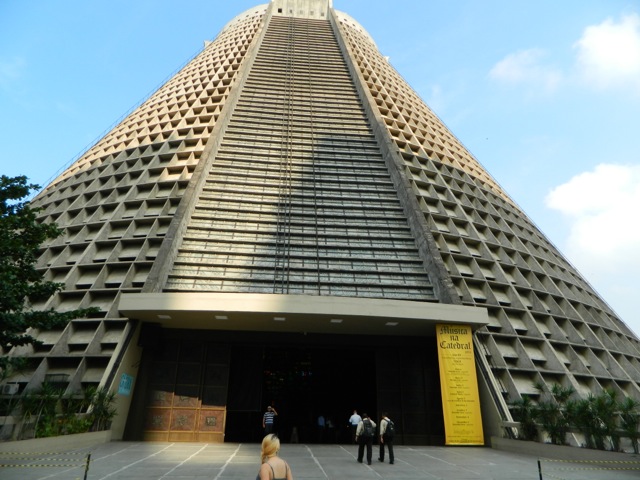 It holds 10 thousand and has amazing acoustics. Looking up from the inside…

Then, from the central city you can look out across the bay to the suburbs on the eastern shore.

Next, I booked a full city tour, to do some more of the touristy things. It took me to the Lapa Steps built by a Chilean artist…

… to the Lapa arches, Maracanã stadium before up the mountain to see the most famous of attractions in Rio, Cristo Redentor – Christ the Redeemer. 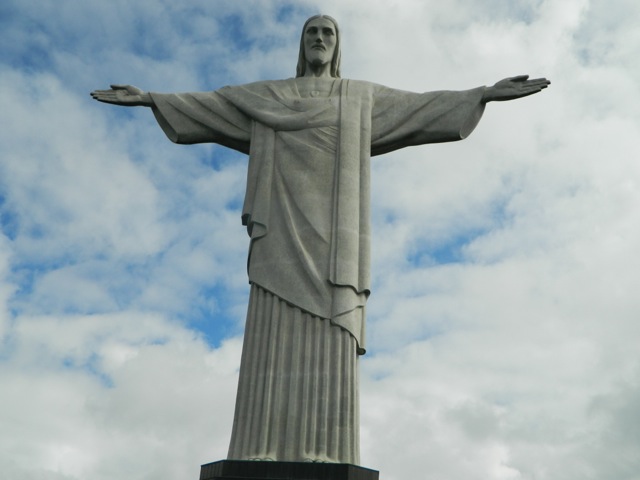 The hill it stands on gives great views over one part of the city and the peninsula that ends with Sugarloaf Mountain. 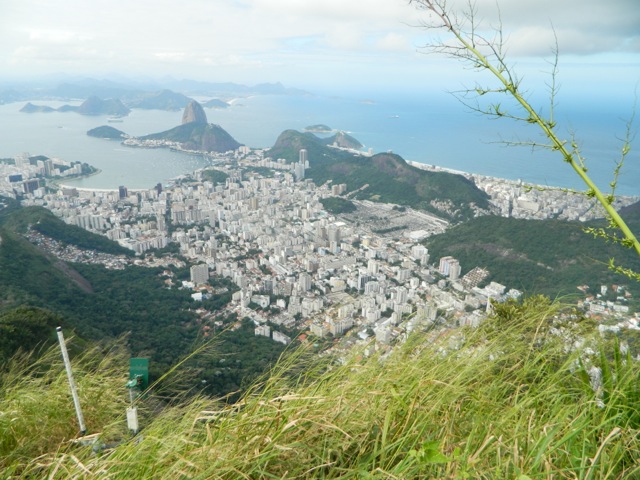 Lasty, we were delivered to the end of the peninsula and took cable cars up to Sugar Loaf mountain. The views from both mountains are amazing.

Getting to the top of the monolithic Sugar Loaf is a two step journey, the first up to Morro da RCA then up via the cable car another 1500m to Pão de Açúcar (Sugar Loaf Mountain). 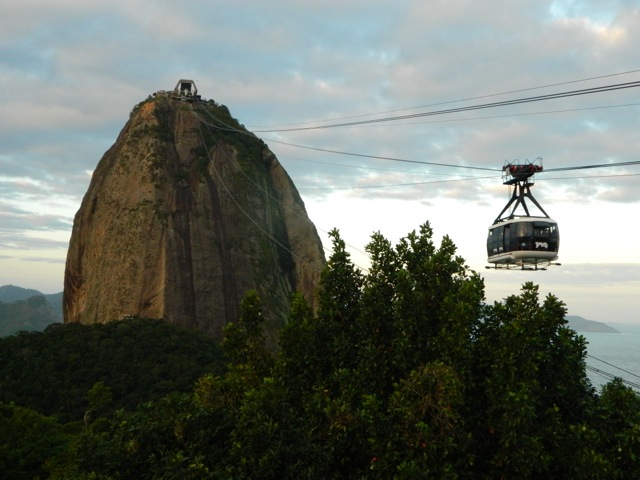 We stayed up there until sunset and watched the lights of the city appear below us. Definitely a spectacle to be seen. 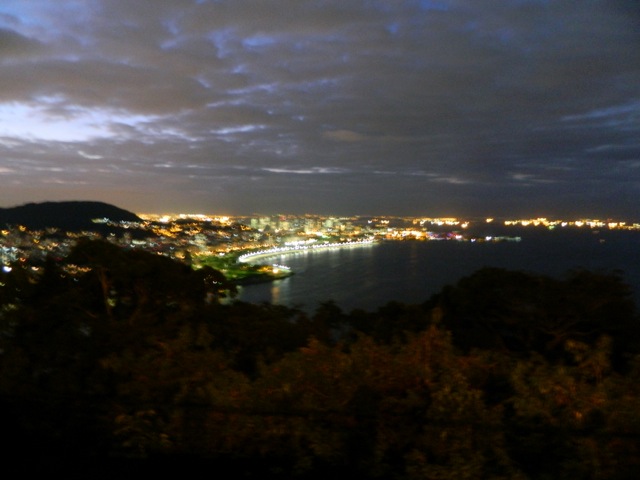 After a week in a tiny hostel in the city, it was time to move to the beach, so I booked three nights at a Copacabana beach hostel. On the second day, I hired a bike and rode the length of the busy Copacabana and Ipanema beachs.

While it’s the middle of winter, it’s a beautiful 27ºC here and the beach has plentiful sun bakers, kite surfers and beach sports. The classic brazilian bikini is everywhere…

Rio de Janeiro has been an awesome experience. It feels more like a group of very different cities all merged in together.

Next I head towards Bolivia, stopping off in the Pantanal, the worlds largest wetlands…