The Pantanal is one of the world’s largest wetlands. It’s situated in Western Brazil with a very small portion stretching over the border into both Bolivia and Paraguay. I decided to visit The Pantanal for a couple of reasons, firstly it’s known for its animal species and secondly, it was a stop off on the way to Bolivia. The bus ride from Rio de Janeiro to Campo Grande is just under 22 hours. To continue on to Santa Cruz in Boliviawould mean at least another 16 hours. 38 hours on a bus isn’t my idea of fun.

Campo Grande is a city of nearly 800,000 people, but it looks fresh and not run down like Rio. I stayed in the creatively named Hostel Campo Grande, although in all fairness there aren’t many hostels in the city. The hostel looked to be a rather large and nicely set up place, with many rooms and a swimming pool – it gets fairly warm out here in the middle of South America. I did have one major issue with the hostel, though, when I went to cook in the kitchen, I found a single pot, no pans, and nothing else but an old wooden spoon. Thankfully breakfast was absolutely amazing, with fresh rolls, many types of fresh fruit and good coffee.

The thing about Campo Grande is its access to The Pantanel. I was planning a 3 night stay in the hostel, then to make my way into The Pantanal on a tour and hope to get dropped off at the Bolivian border afterwards. At breakfast on the day after I’d arrived the owner told me of a group of English university students who were coming from Foz do Iguaçu and were planning an overnight stay in the Pantanal before being delivered to the border of Bolivia. If I went with them my night’s stay in the hostel would be free. With 90 minutes before they arrived, I raced around packing, buying strong insect repellant and cooking the last of my food.

When the English group arrived we were packed in a van with a bunch of others and driven several hours into the country with a single stop off at a Brazilian per kg buffet restaurant. We were dropped at a road crossing where we boarded an off road truck and driven along a bumpy dirt road. As we drove we could start to see the wetlands beginning around us…

We continued on, driving over wooden bridges that creaked under our weight, until we came to this large metal bridge across the river with riverboats anchored along its side…

A little while later the truck had a flat tire and we hung out watching chickens and dogs until it was fixed. About a kilometre later we sighted the first set of Caimans – members of the Alligator family. There are apparently more than 40 million of them in the Pantanal.

As we travelled along the road the sun went down and the 15 of us on the back of the truck reapplied insect repellant and hunkered down as it went from hot to cool in the space of 30 minutes. In the dark we eventually arrived at a river where we could see houses lit up on the other side. We waited as several boats were sent to collect us and our luggage.

Once we arrived and were assigned rooms, we were taken to the food hall where dinner was waiting: several different salads and Piranha stew. It’s quite strange seeing the mean looking heads looking back at you from the stew… It tasted pretty good though, although it does have quite long bones.

After dinner, we were taken out on a boat in the darkness to see some of the wildlife. We saw several types of birds sleeping in the trees, many bats flying around the river and on the way back, many brief sightings of shiny Caiman eyes.

After a night’s sleep in the heat, I woke to the these views outside my room.

Then back to the main building for breakfast…

After breakfast we were taken back out on the water…

To look at some of the wildlife again… I put some of the features of the camera I’d bought in Pucón, Chile to good use – the 21x zoom and close up mode. This Caiman’s head is only as long as my hand. 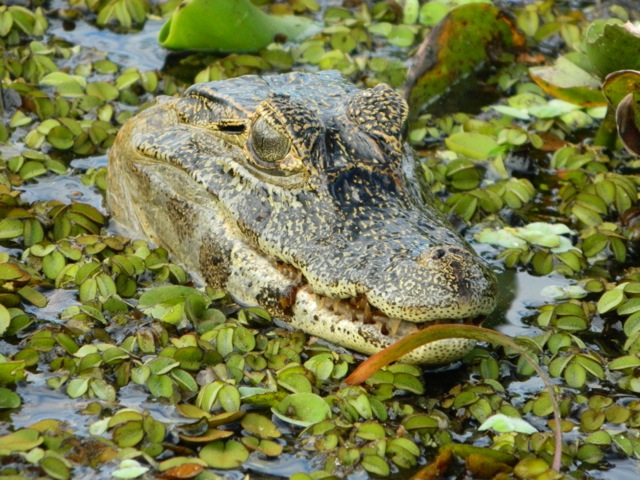 We then settled in for a spot of Piranha fishing and between the six of us managed to catch four. Not as awesome as I’d hoped but some is better than none. 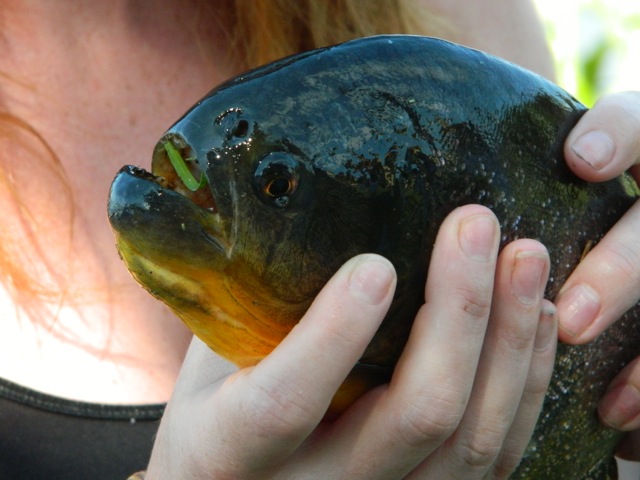 We then headed back for lunch and as we’d just come ashore, we were alerted to a Yellow Anaconda that had been spotted near the shore. We were gathered around to look at it when one of the locals walked up in his bare feet and in one swift movement grabbed the snake just behind the head and dragged it onto the land. The Anaconda wasn’t happy and tried to slither back to the river but the local held it by the tail pulling it back so we could get photos. 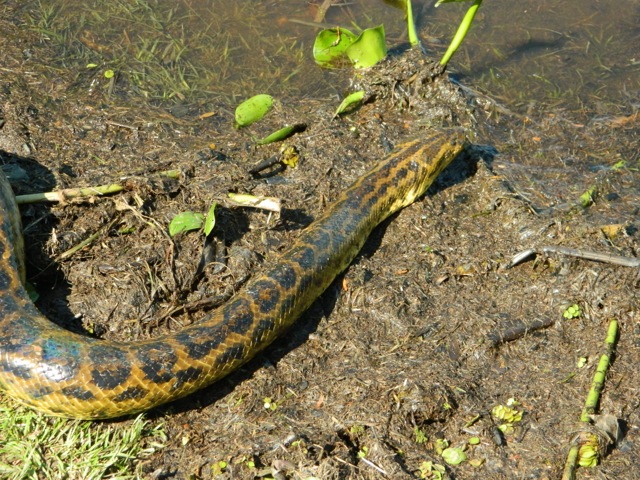 After a while it was released and slithered back to the water where it just sat there showing off. This snake is only 4 metres long and is as thick as my arm at its thickest. The largest Yellow Anaconda to ever be measured was just over 5 metres and just under 100kg. 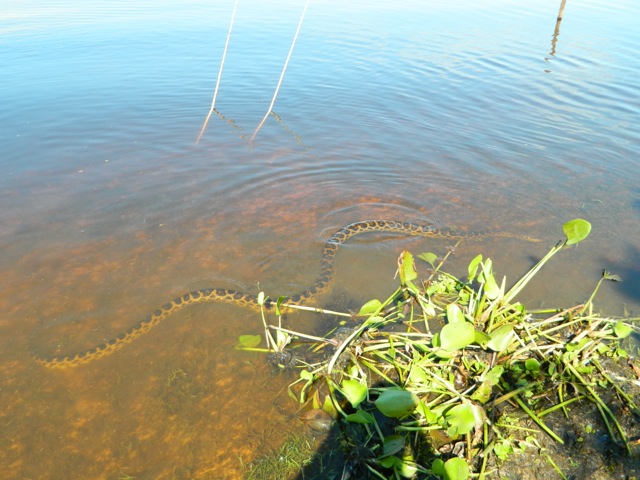 After lunch, they deep fried our mornings catch. Very tasty. The English group and I were then driven on the back of a truck further along the rocky dirt road towards the Bolivian border. Along the way we spotted a Capybara, the worlds largest rodent. For perspective this one is almost a metre in length. I’d say nose to tail but they have no tail. 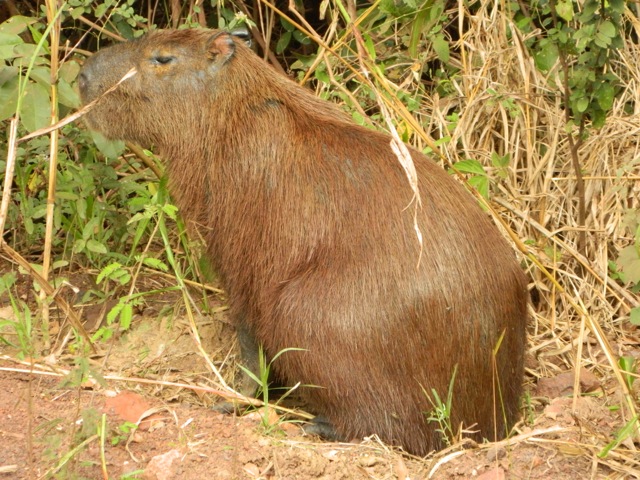 Towards the end of the journey, we drove up into the hills and I could see back towards the Pantanal.

Overall, while my Pantanal experience was rather short, there isn’t really that much out there in the world’s largest swamp. It turned out to be rather cheap, including 2 nights accommodation, saving the cost of another bus from Campo Grande to the border and several meals. However, for every extra night the price would have skyrocketed. I was yet another adventure in my travels.

Next I’m off into the lower plains of Bolivia, to the city of Santa Cruz.

2 thoughts on “Campo Grande and The Pantanal, Brazil”