Just an hour by bus north of Puerto Montt is Osorno, a small city in the Lakes District of Northern Patagonia. Osorno sits under the volcanic cone of Volcán Osorno, is home of the National Cattle Ranch of Chile and has a heavy german influence. 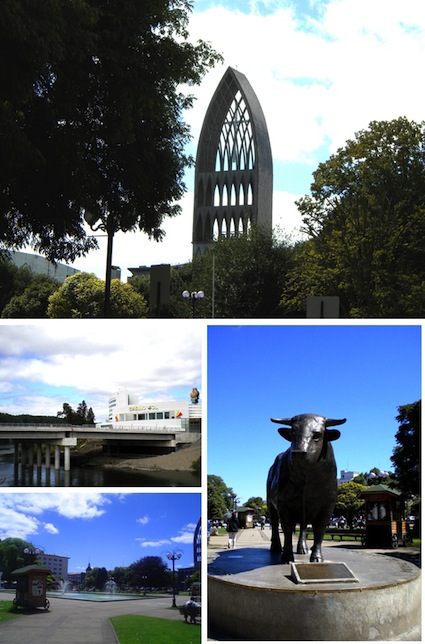 Osorno is typical Chilean city with some very spanish markets, far too many stray dogs and cheap beer. I stayed at Hostal Vermont, 10 minutes walk from the bus terminal in the city centre. The main streets and shopping malls are characteristic of larger cities with many bustling shops and people.

I came to Osorno for one reason, a hike in the neighbouring Parque Nacional Puyehue called ‘Baños del Caulle’. The hike climbs the side of Volcán Puyehue to the rim, walks around the side and down to a set of hot springs, the ‘baños’. This had originally a 4-day hike but I discovered that two years earlier, an eruption on the baños side of the volcano had destroyed the hot springs. I decided to do the hike anyway, climbing to the volcanic crater and camping further down.

As I prepared for the hike, the hostel owner informed me that one of her previous guests hadn’t returned from the hike. Three other’s had seen him there and had returned, but he had not. This didn’t worry me, and it turned out two other guests at the hostel would be doing the hike also.

To get to the national park in low season I had to catch a bus to a point about 20km from the trailhead and hitchhike the rest of the way. I was finally picked up after walking 12km and dropped off at the hike’s registration point where I could see the cone rising into the clear blue sky. On arrival I was told the police had closed the hiking trails as they were conducting a manhunt for the missing man.

That night I stayed at a small hotel next to the National Park called Anticura.  Close by was the river and several waterfalls. 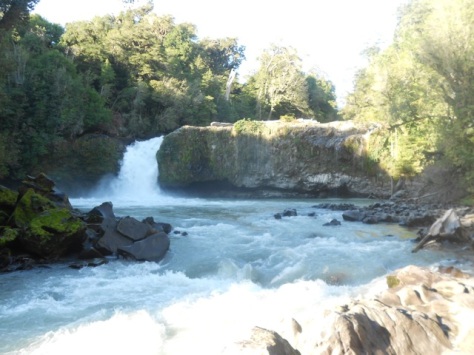 By morning, they still hadn’t located the missing hiker and park was still closed  as they were continuing the search. The weather had also turned, so I decided to head back. I flagged down a bus heading from Bariloche, Argentina to Osorno and an hour later was back in town.

The next day, I boarded a bus to Pucón, the party capital of Chilean Patagonia, where I was planning a 6-day hike around a pair of volcanoes.

The missing walker did eventually turn up on day three of the man hunt.  He’d gotten lost on the route.

Things to do in and around Osorno: