About 2 hours by bus south-west of Córdoba is the small Condor Gorge National Park. There is no formal transport to the National Park, you simply book a ticket to the nearby town and ensure the driver drops you off on the way. 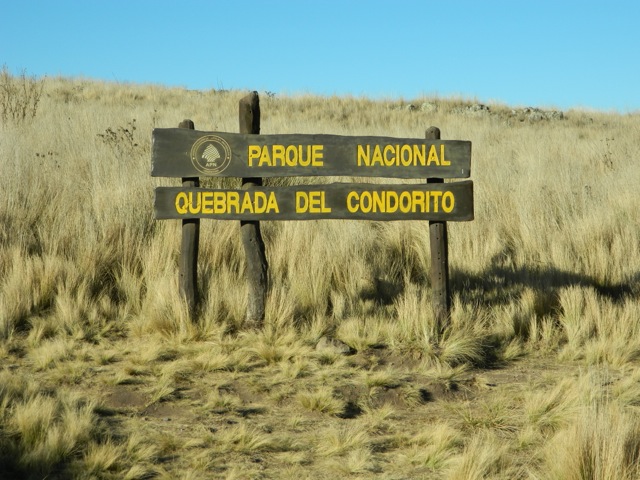 Córdoba province is at the northern ‘dry’ end of Argentina. Most of the upper regions are desertlike pampas, not sandy like the Sahara desert, but arid dry plains much like the Australian Outback just not as red.

After my two hour bus ride, I walked beyond the national park sign and along a dirt road between two private properties until it finally opened out into rocky rolling hills. After 10 minutes I arrived at the registration building and signed the book to say I was in the park.

There’s only one main natural attraction in the small national park, the gorge. It’s about 2 hours walk (according to the admin staff) to the southern lookout. You can continue down to the river and up the other side to the northern lookout, but that’s about it.

So, I set out from the the administration building and headed up the road a little further until the sign sent me onto a rocky trail heading up a gradual hill. 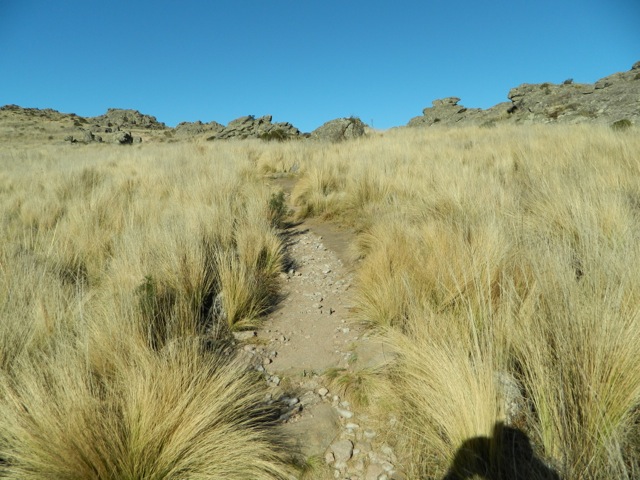 I was told there are markers every 15 minutes on the way towards the southern lookout, but it only took me 10 minutes to reach each one, so I guess the markers are for the family groups and slower walkers. 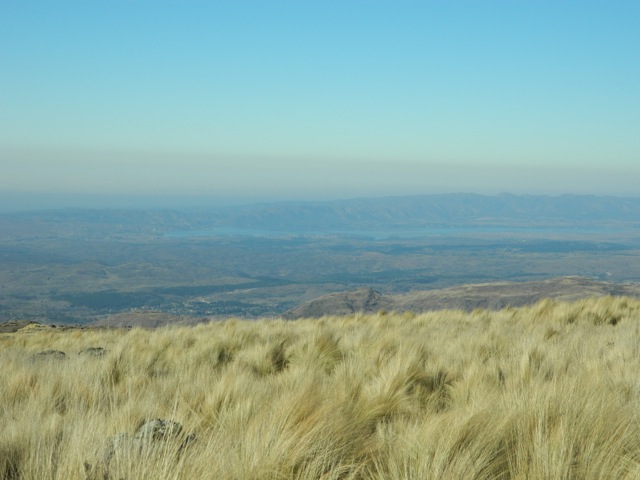 About 30 minutes in I reached the top of a cliff and looked down across the hazy pampas to the lake and the small villages scattered below. Then, as I began walking again, a condor swept up and floated on the air currents not 2 metres above. 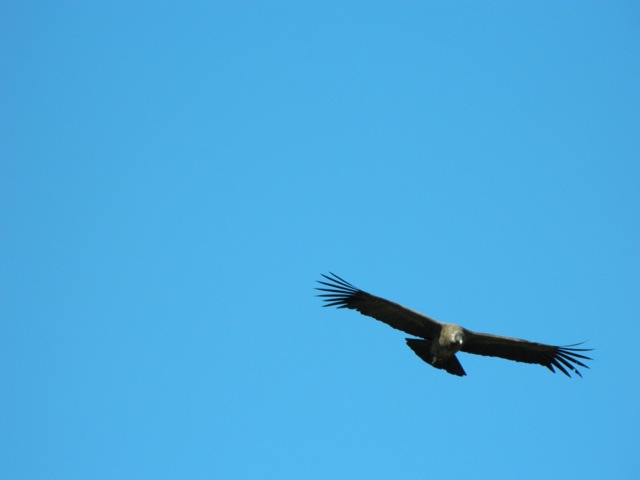 10 minutes later and I came to a sign warning me about Pumas and snakes. This actually gave me the sense that I was walking in Australia again with its dangerous wildlife. It’s like living on the edge!

Half an hour later I arrived at a split in the trail, to the left it headed to the southern lookout, to the right down to the river and up the other side. I took the left track and climbed down the side of the cliff a little to where the lookout was. I stopped there for lunch looking down on the gorge below and the small river running through it. 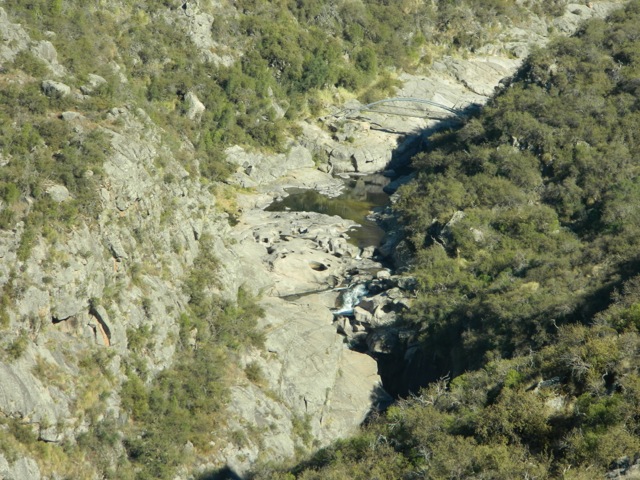 The walk so far hadn’t been terribly hard, although it was rather hot in the sun with no trees for shelter. After lunch, I headed back to where the trail split and took the other route, following it until it began heading fairly steeply down into the gorge. It’s about a 500 metre climb down to the river, but it didn’t take me long and eventually I came out to the bridge and crossed to the other side. 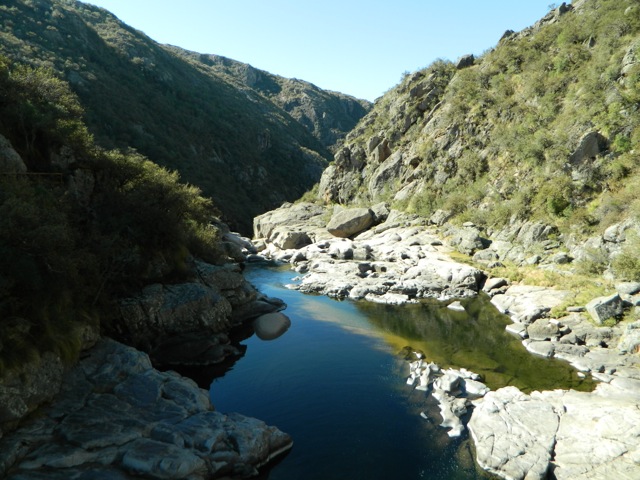 With the hard part to go, I paused under the bridge for a few minutes before starting back up the hill. It took me a fair amount longer to get back up the side of the gorge because of the constant climbing, but after a couple of rests along the way I did eventually make it and headed back across the rolling hills to the administration. Just as I left the admin building, I saw a bus go by on the road in the distance and knowing that they only go past every hour, I slowed my pace. After waiting almost another hour and unsuccessfully flagging down 3 other buses, one did stop for me and I was whisked back off to Córdoba.

Overall, it was nice to get back out on the trail after a couple of weeks wining and dining in Mendoza. It was great walking on a hot trail again like I used to in Australia and definitely different to the last few months hiking around the cold south.

With my next stop being Buenos Aires, and with the lack of National Parks in the capital province, I will try to walk as much as I can around the city.