Thirty kilometres north of the Costa Rican border on the Pacific Coast is the beach town of San Juan del Sur (San Juan of the South). The town is known to tourists as San Juan del Surf because of its proximity to several good surf beaches. 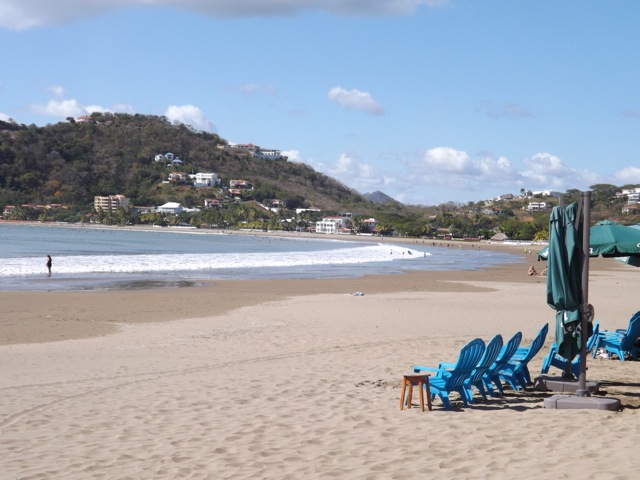 The oddity of the name is apparent when you realise that San Juan del Norte (San Juan of the North) – situated on the Caribbean Sea, is actually further south.

For over 130 years San Juan del Sur was a little backwater town in southern Nicaragua, then in 1992 a tsunami destroyed a large portion of the town. Its recovery was helped greatly by the ‘gringo’ invasion, with many migrants arriving from the US, Britain and Canada. Scattered throughout the surrounding hills are many mansions and resorts… 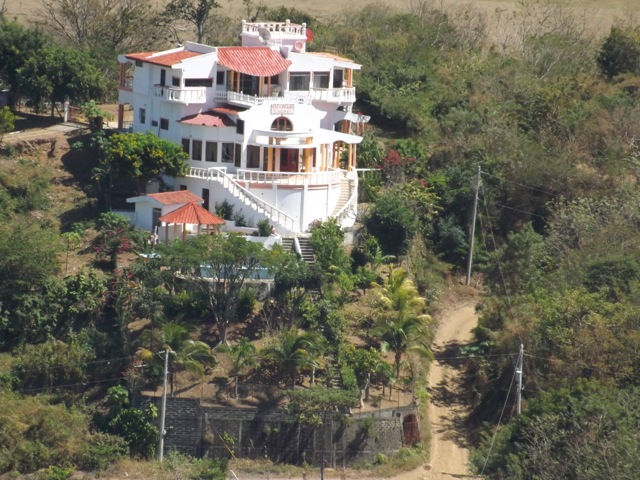 At the northern end of the cove is the statue of Jesus de la Misericordia – Christ of Mercy.

It’s one of 17 giant statues of Christ throughout the world. The most famous being Christ the Redeemer in Rio de Janeiro, Brazil. La Paz, Bolivia has the tallest at 34m, while San Juan del Sur’s Jesus de la Misericordia is the 9th tallest at 26 metres tall. 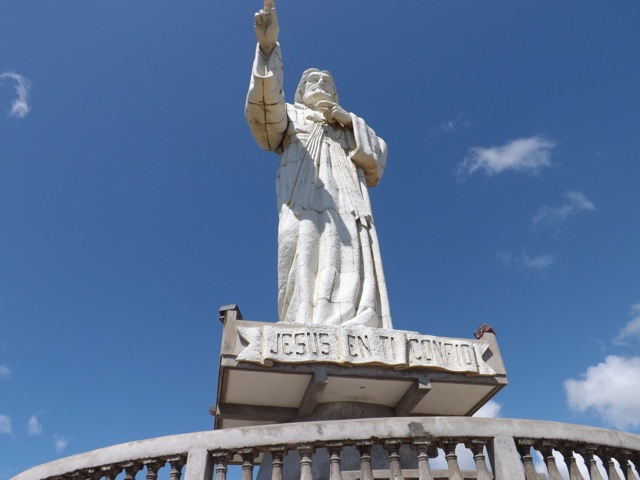 Climbing the hill to the statue is fairly easy, a cobbled road weaves it’s way to the top. While it’s steep at points, it’s not too strenuous and gives great views of the cove and township. 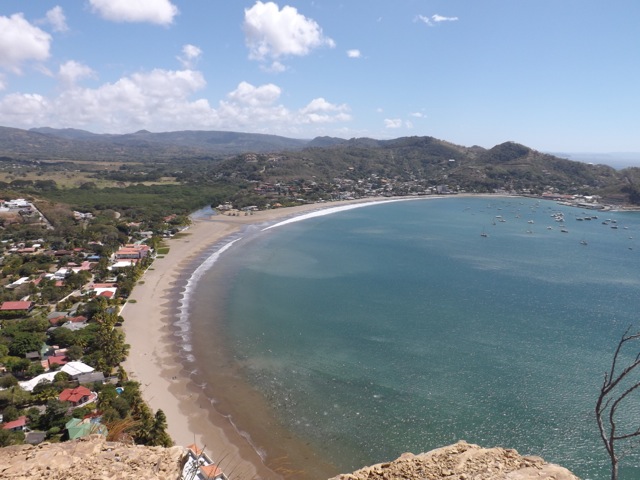 Beyond surfing and swimming, the nightlife is the other main focus of the town as there are many beachfront restaurants and bars. As a large portion of the tourists visiting are in their 20’s, there are plenty of party hostels with raucous parties raging on until the wee hours most nights. But don’t let that put off the older traveller…

Overall, the beach town of San Juan del Sur is a great way to spend a couple of days, the surf town vibe is relaxing and fun.

Next, I head to Isla Ometepe, an island made up of twin volcanos in on Lake Nicaragua.