When you have three weeks in Bali you can’t just languish around the pool or at the beach the entire time. Actually, I guess you probably could, but I can’t. There’s just too many other things to see around the island…

In Bali’s highlands there are several volcanos. Mt Batur is the most active, having erupted 20 times in the last 200 years.

It’s a fairly small volcano that lies in the caldera of a once more mighty volcano, one that stood over twice Mt Batur’s current height. And on the south-eastern side of the caldera is Danau Batur, the largest crater lake in Bali. 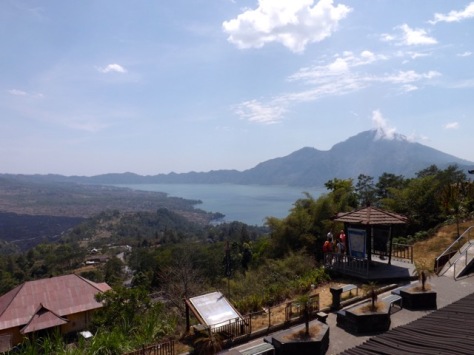 Indonesia is the fourth largest producer of coffee in the world and Bali’s highlands has its share of plantations. During the tour we discovered the many tastes of Bali’s coffees and teas, all of which were delicious, although some were overly sweet.

Indonesia has a most unusual coffee called Kopi Luwak. It’s the most expensive coffee in the world because the beans are fed to the Asian Palm Civet, collected from its droppings, cleaned and roasted. Enzymes in the animal’s gut react with the beans to give them a rich and smooth flavour.

There are growing concerns about the ‘farming’ of Kopi Luwak as the animals are held in battery cages and forced to eat the beans. The two animals at the plantation weren’t so cramped in their larger cages although seemed quite disinterested in our being there.

A gentle way to see the highlands of Bali is via a bicycle tour. A large group of us ventured out one morning on a tour which started in the highlands and worked its way down quiet roads. This provided plentiful views of rural Bali including many rice paddies. 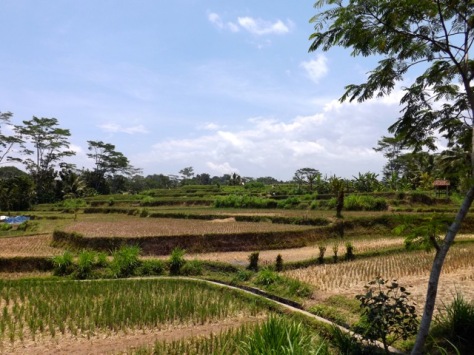 We were introduced to many of the local traditions as we rode through several villages and past many small temples, including this temple to the Destroyer, surrounded by palm trees.

Beyond all Bali’s standard evening entertainments of fine dining, drinking, beach-side bands and dancing there’s Midget Fun Boxing. While this might seem like a strange and violent form of entertainment, it’s actually quite fun. Reminiscent of the classic days of WWF wrestling, it’s more of a comedy fare with the midgets wearing gloves that cover more than half of their arms. Midway through a bout the competitors stop to dance to whatever music comes on, head banging to AC/DC or bopping to other types of music. But should one opponent take his attention from the other he gets belted. With a low centre of gravity the midgets are easily knocked over and then it’s a free for all. Here, after knocking his opponent over, this boxer jumped on top and pretended to hump him.

Between bouts female midgets dance around on stage with some of the younger members of the audience. Cheeky boxers would stuff a boxing glove down their oversized shorts and chase the dancing-girls. Overall it was a fun night with much hilarity. No midgets were hurt in the process, although that can’t be said for this audience member during post event photos.

On a hot and humid island in the tropics there’s usually plenty to do out on the water. I took the opportunity to go out by boat and snorkel with Manta Rays. Four metres from wingtip to wingtip these placid creatures fly through water without a care. Unperturbed by us being there they would come up close to have a good look before swimming on. 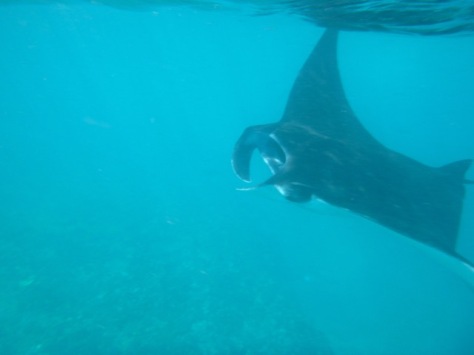 Bali also has some very diverse coral reefs, with 500 species of coral recorded around the one island. This is more than the entire Caribbean Sea. We snorkelled around the reefs in the warm waters for much of the day. 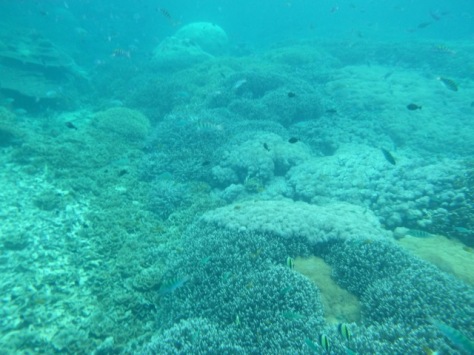 Next, we hired some scooters and checked out some temples, but that for another day…

One thought on “Bali, Indonesia – Adventures”